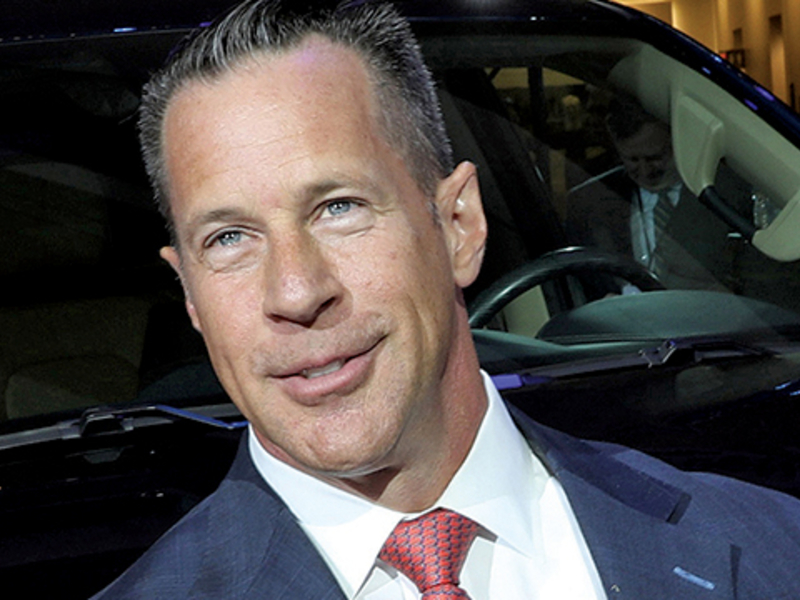 As Fiat Chrysler Automobiles updates its lineup with fresh products and forges ahead with a revised leadership team led by CEO Mike Manley, it’s contending with old scandals that continue to play out in the legal sphere.

Controversies resurfaced last week surrounding FCA’s sales reporting practices and its first-generation EcoDiesel engine. The automaker also is dealing with a whistleblower suit from U.S. sales chief Reid Bigland — who claims the company retaliated against him for selling FCA stock and cooperating with a Securities and Exchange Commission investigation — and an ongoing federal probe of the UAW that has already led to convictions of three former FCA employees.

The SEC on Friday, Sept. 27, said FCA had agreed to pay a $40 million settlement for misleading investors about its monthly sales. The commission said FCA was doing so “without admitting or denying” its findings.

From 2012 to 2016, FCA US falsely reported new-vehicle sales and boasted of a streak of consecutive monthly year-over-year sales increases that actually had ended in 2013, the SEC said. In July 2016, FCA revised more than five years’ worth of sales figures.

FCA, in a statement, said it “cooperated fully in the process to resolve this matter” and has “reviewed and refined its policies and procedures and is committed to maintaining strong controls regarding its sales reporting.” The automaker said the settlement won’t materially affect its financial results.

Meanwhile, Bigland’s lawsuit lingers. It portrays the executive as a scapegoat for FCA’s sales practices. Bigland has accused the company of withholding 90 percent of his pay, saying FCA chose to indefinitely “defer” his 2018 annual bonus and a share payout in March.

Bigland’s lawsuit says he inherited a sales reporting system created in 1989. He joined Chrysler in his native Canada in 2006 and has been head of U.S. sales since July 2011. He also has global responsibility for Ram and is CEO of FCA Canada.

Two FCA dealerships sued the company over the inflated sales reports in 2016. FCA settled two other cases brought by investors for $14.75 million this year, Bloomberg reported.

Emanuele Palma, a diesel driveability and emissions senior manager at FCA, was charged with conspiring to commit wire fraud, defrauding the U.S., violating the Clean Air Act and making false statements about the emissions system used on FCA’s diesel vehicles, according to a grand jury indictment.

U.S. attorney Timothy Wyse said during an arraignment hearing in U.S. District Court in Detroit that Palma “was the lead manager, the lead engineer of producing deceptive software that went into over 100,000 vehicles.”

Wyse said, “As a result of his engineering decisions, his management, his lies, that these vehicles on the road admitted dramatically higher pollutants than were allowed by law.”

The federal probe into the excess diesel emissions led to a roughly $800 million settlement in January. It included payments of about $2,800 to owners of diesel-powered 2014-16 Ram 1500s and Jeep Grand Cherokees.

The settlement encompassed 104,000 vehicles sold or leased in the U.S. but didn’t resolve the criminal investigation into FCA’s conduct.

FCA said last week that it was continuing to fully cooperate with authorities, “as we have throughout this issue.”

In January, FCA said the emissions payments “do not change the company’s position that it did not engage in any deliberate scheme to install defeat devices to cheat emissions tests.”

FCA said it has enacted new validation procedures and updated its training programs “to ensure continued compliance with the increasingly complex regulatory environment.”