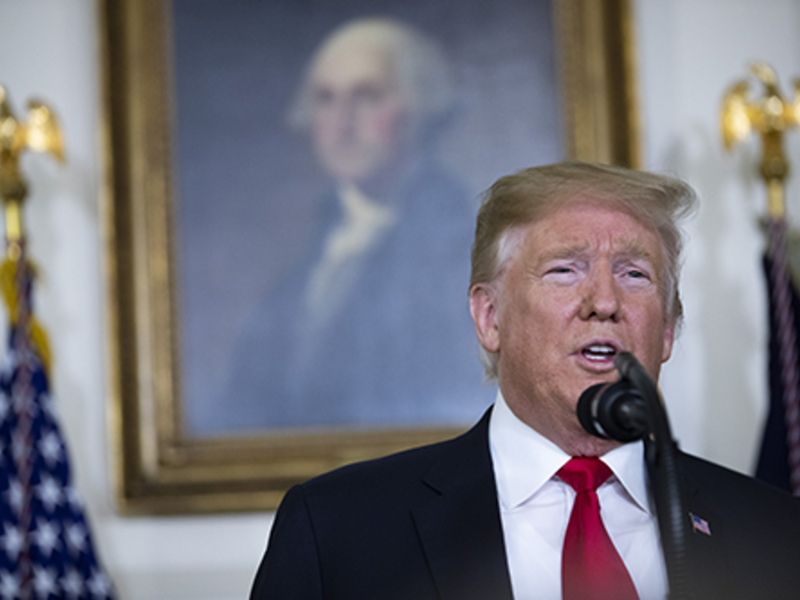 President Donald Trump’s feud with California has more to do with demagoguery than political philosophy, and his use of the auto industry as a wedge issue will cost us all.

The administration laid waste to decades of conservative orthodoxy on states’ rights as it moved to strip California of its ability to protect its air. The Justice Department launched an investigation into automakers that agreed to meet the state’s tougher guidelines as if it were an abuse of consumers. Then last week, the EPA disingenuously threatened to withhold the state’s vital federal highway funding, citing California’s air pollution — ironically, the reason it was allowed to set its own rules in the first place.

As for the antitrust inquiry into Honda, Ford, Volkswagen and BMW, which chose to continue to comply with California’s tougher emissions rules, this inquiry is exactly what it appears to be: a politically motivated cudgel raised against the four automakers for not siding with Trump in his war with California. It is an embarrassing misuse of antitrust enforcement, and it should be dropped immediately.

These battles come at precisely the wrong time, just as climate scientists say their previous estimates of the rate of increase in global warming may be too conservative and as Greta Thunberg inspires young people to view climate change as a global attack on their future.

Let us be clear: California’s policies made automobiles run cleaner. Yes, automakers struggled to meet some of California’s stringent air quality regulations, and meeting them came at a high cost. But no automaker willingly wrote off the Golden State’s lucrative markets, so meet them they did. The result was visibly cleaner air over metropolitan Los Angeles as well as benefits for the rest of the nation.

Trump could have declared victory when California offered a compromise proposal — proof that even West Coast liberals could see that the Obama administration overreached with its last-minute move to lock in mileage rules after Trump’s surprising 2016 election. Instead, America is heading for a series of lengthy — and costly — court battles that breed uncertainty. And uncertainty is the worst thing in a capital-intensive industry with expensive products and multiyear product cycles.

With an impeachment investigation gaining momentum, Trump’s fight with California may help him rally his base, but it won’t help the auto industry.