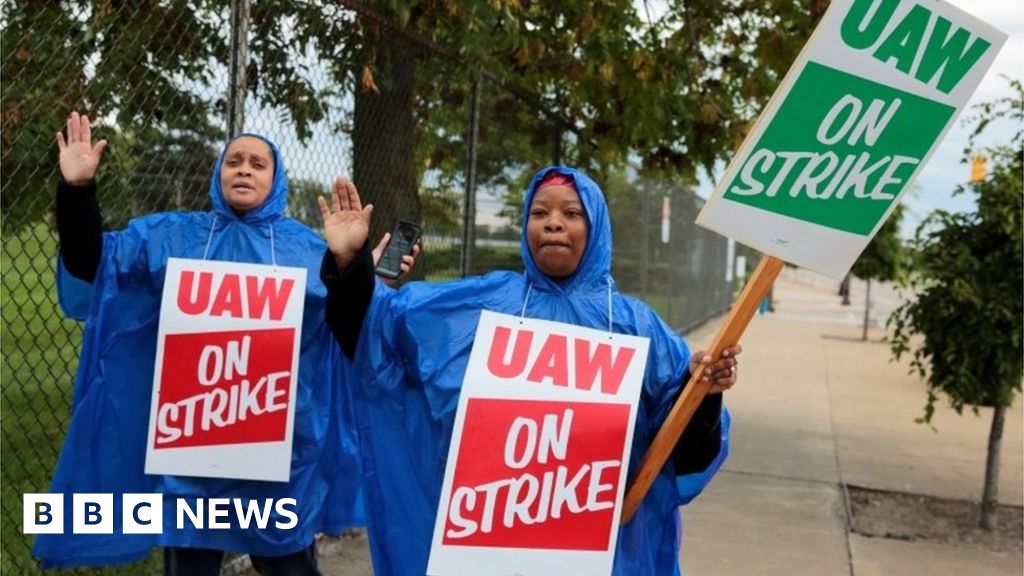 Almost 50,000 General Motors workers have been called out on strike after the car giant failed to reach a pay and conditions deal with the United Auto Workers union (UAW).

“We do not take this lightly. This is our last resort,” UAW vice-president Terry Dittes told reporters in Detroit.

The sides had set a Saturday night deadline to reach agreement.

The union’s previous four-year contract with GM expired this weekend, and the two sides had been holding negotiations on wide-ranging issues, including wages, healthcare, profit sharing, and job security. Also, the union has been fighting to stop GM from closing car assembly plants in Ohio and Michigan.

Earlier on Sunday 850 maintenance workers at five GM facilities walked off the job on strike.

GM argues that its wages and benefits are among the best in the industry. The company has yet to comment publicly on the planned strike, but said on Saturday that it was “prepared to negotiate around the clock”.

However, it remains unclear if the two sides had plans for further negotiations.

The strike comes at a time when the US car industry is starting to see a slowdown in sales, and rising costs associated with investment in electric vehicles and curbing emissions.

Mercedes update boosts EV power, but Europe owners miss out
Praga Bohema, 2022 GMC Sierra Denali Ultimate: This Week’s Top Photos
We’re Taking The 2022 Lexus GX 460 On A 2,000 Mile Roadtrip; What Do You Want To Know About It?
No Lowballers, This Chrysler 300C Is Royalty
Report: Tesla Deployed 14 GWh Of EV Batteries In Record-Breaking September