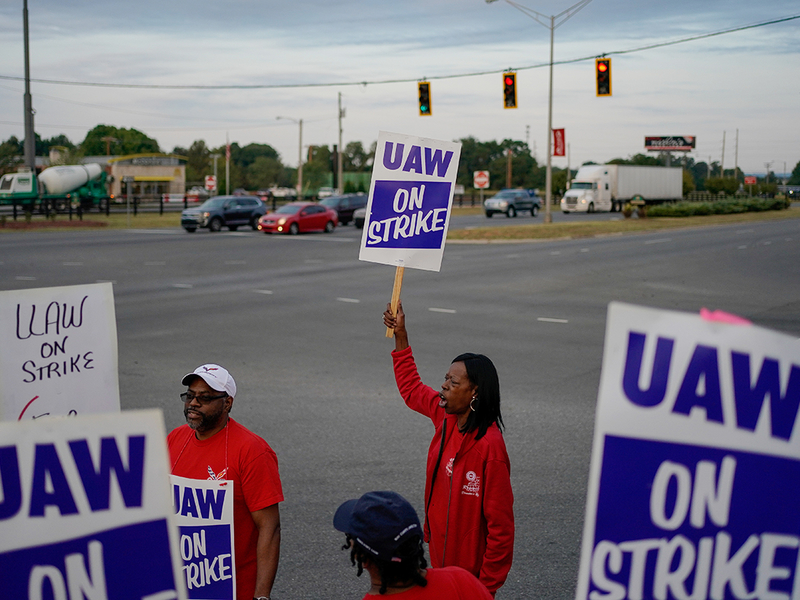 DETROIT — Contract negotiations between the UAW and General Motors suffered a setback after the union said the company essentially rejected its latest offer, providing little hope a national strike, now in its 21st day, will end soon.

Terry Dittes, vice president of the UAW-GM department, said Sunday in a letter to members that GM this morning turned down an “extensive package” that addressed all of the union’s demands, ranging from wages to profit sharing. He said the company instead fell back on a previous offer the union already rejected.

“The company’s response did nothing to advance a whole host of issues that are important to you and your families,” he said.

“It did nothing to provide job security during the term of this agreement. We, in this union, could not be more disappointed with General Motors who refuse to recognize the experience and talent of our membership who make their world class products and billions of dollars in profits.”

He added that the two sides will continue to talk, but noted that negotiations “have taken a turn for the worse.”

GM said in a statement: “We continue to negotiate in good faith with very good proposals that benefit employees today and builds a stronger future for all of us. We are committed to continuing discussions around the clock to reach a resolution.”

One key issue is around assembly of future vehicles. The UAW wants GM to make commitments on future products it would build in various plants beyond what has currently been offered, a person familiar with the talks told Reuters.

GM officials previously said the Detroit company’s labor rates are the highest in the industry and it needs the ability to build some vehicles in other markets to keep costs down.

The tone of Dittes’ letter stands in contrast to a Friday update that noted the sides had made “good progress” on contentious issues like temporary workers and health care.