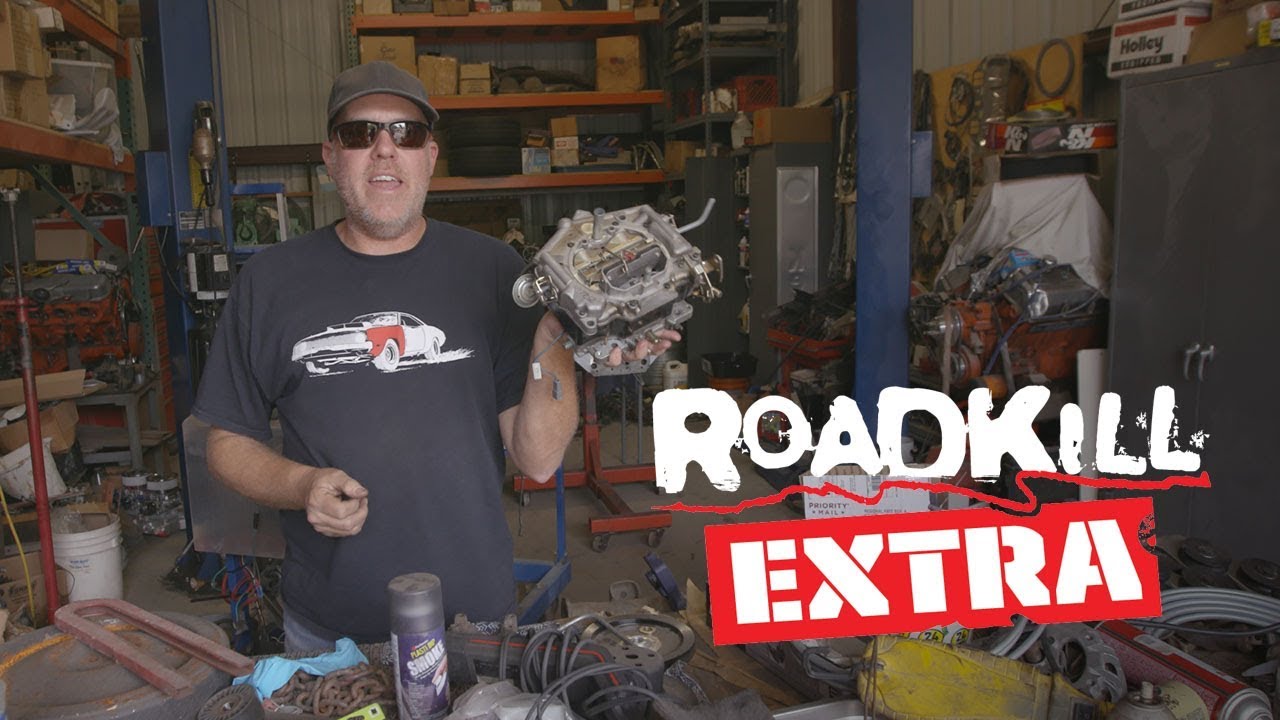 Videos
Share on Facebook
Share on Twitter
Share on Pinterest
Share on LinkedIn
The cry of “Thermoquad!” became famous in Roadkill episode 23, the one where the guys build the General Mayhem ’68 Dodge Charger using a 440 engine from a motorhome. Freiburger announced the Thermoquad as the only carburetor that punishes you for going to wide-open throttle. But what is a Thermoquad, really? Watch this Roadkill Extra and you’ll find out.