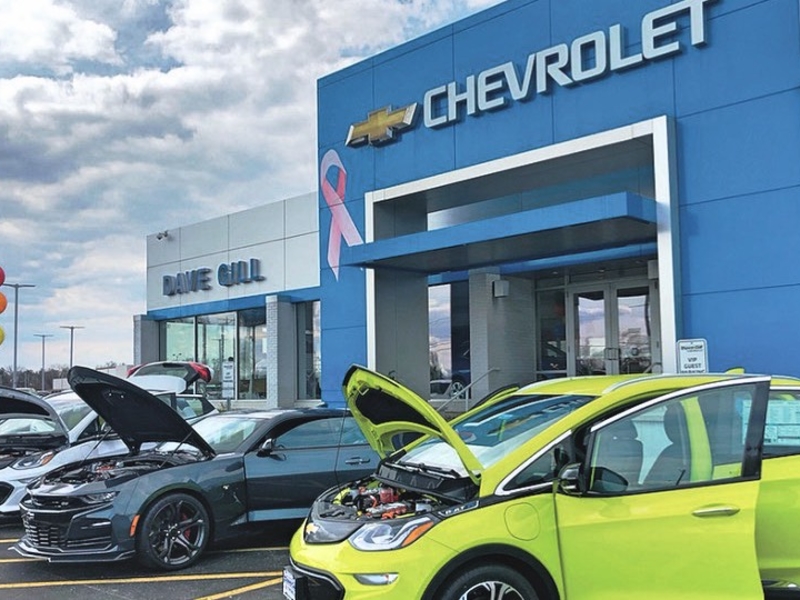 Ohio might be an odd place to look for the future of electrified vehicles.

Like other Midwestern states, Ohio has no zero-emission vehicle sales mandate, so automakers spend little marketing electric vehicles and hybrids in the region.

Those vehicles are sent to the coasts. “Manufacturers, they’re just not sending cars here for us to sell,” says Matt Ringlien, used vehicle sales manager at Dave Gill Chevrolet in Columbus. “They don’t see the market dictating that need. So that makes it difficult.”

Difficult perhaps, but not impossible. Ringlien has spearheaded a novel partnership between the dealership and a regional initiative that has invigorated sales of new and used EVs and plug-in hybrids, making the dealership a destination for green-minded buyers.

Automakers are investing billions to develop electrified vehicles, and some world leaders are clamoring for the reduction of greenhouse gases as a crucial step in averting the effects of climate change.

But missing from many efforts to promote vehicle electrification has been convincing consumers that they should switch from vehicles with internal combustion engines. Dave Gill Chevrolet has started to address that.

Three years ago, the dealership received a phone call from officials with Smart Columbus, the initiative overseeing the fulfillment of grants the region received after winning the U.S. Department of Transportation’s Smart City Challenge in 2016.

The transportation department gave the city $40 million and billionaire Paul Allen’s Vulcan Inc. added $10 million. Part of the funding is allocated for encouraging adoption of more sustainable transportation methods, and that includes money to install more than 300 EV charging stations in the Columbus area. After winning the challenge, executives quickly learned they faced hurdles if those chargers are ever to be used.

“It’s more expensive to make an EV, and because of that, the margins aren’t great,” said Jordan Davis, director of Smart Columbus. “As a result, dealers and salespeople are perhaps not as incentivized to sell them. If you come into a dealership, they’re going to encourage you to look at traditional cars.”

Rather than see dealerships as roadblocks, Smart Columbus viewed them as potential partners. The initiative has joined with approximately two dozen dealerships in the Columbus area, including Dave Gill Chevrolet. Dealerships provide loaners for the initiative to use as part of a ride-and-drive experience in which consumers can test drive EVs and plug-ins. In exchange, the dealerships get leads on prospective in-market car buyers.

“We need that relationship,” Davis said. “We need them to care, because it’s a whole gateway to getting customers the products that would help us meet our goals.”

Since the Smart City Challenge victory, the percentage of EVs registered in Franklin County, home of Columbus, and six contiguous counties, has risen from 0.37 percent to 2.34 percent of total registrations, a sixfold increase, according to Smart Columbus.

That spike has translated into business at places such as Dave Gill Chevrolet. Ringlien said the store is one of the smallest Chevy outposts in Ohio, but last year it sold more Volt plug-in hybrids and Bolt EVs combined than any other dealership in the state. Electrified vehicles represented 10 percent of the dealership’s total new-car sales in 2018. Dave Gill Chevrolet in 2018 sold 499 new vehicles.

On the used-vehicle side, the dealership has emphasized acquiring EVs and plug-in-hybrids. Ringlien particularly stocks up on the Chevy Spark EV, offered at about $11,000, and used Chevy Volts for as low as $17,000 as entry-level vehicles.

Dave Gill Chevrolet’s approach has helped the dealership establish itself as a regional hub for customers seeking EVs and plug-in hybrids. Ringlien says customers come from Michigan and Indiana to buy the vehicles. The dealership is within the interstate loop that surrounds Columbus, and it gets its core business from city dwellers.

“We’re an urban dealership right on the main drag in town, so it just kind of fit,” Ringlien said. “It starts with leadership. If it’s a focus, it’s a focus, and our salespeople know what they’re doing. … We’ve had traction from the beginning. [EVs and plug-in hybrids] have become a key differentiator for us. And I just think they’re cool.”