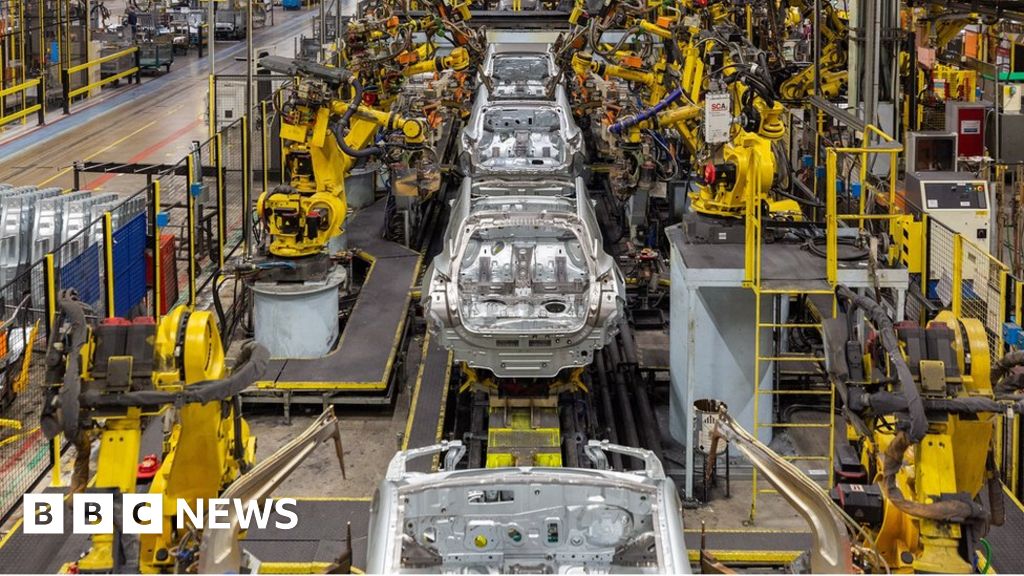 Japanese carmaker Nissan has warned that a no-deal Brexit would make its European business model unsustainable.

The firm’s chairman, Gianluca de Ficchy, said if a 10% export tariff was introduced after the UK left the EU it would put its operations “in jeopardy”.

This would be case if the UK moved to World Trade Organization (WTO) rules after Brexit, he said.

He was speaking at Nissan’s plant in Sunderland, where work on a new model of the Juke is due to start.

The Japanese firm said it had invested £100m in the plant, which also makes the Qashqai and electric Leaf models.

Mr de Ficchy said Nissan still intended to build in Sunderland, the UK’s biggest car plant, but that it was difficult to plan for the future amid Brexit uncertainty.

The new Juke has been designed and manufactured in the UK, aimed specifically at European markets, with two-thirds of its components coming from the EU and 70% of production destined for the continent.

Nissan, which employs 7,000 in Sunderland, also has operations in Spain.

“If a no-deal scenario means the sudden application of WTO tariffs, we know in that case our business model won’t be sustainable in the future,” said Mr de Ficchy.

“Our industry works with lower margins and if we are in a situation in which tomorrow we have to apply 10% export duties to 70% of our production, the entire business model for Nissan Europe will be in jeopardy.

“That’s the reason why we continue to work with all scenarios.”

The car industry is the UK’s biggest exporter of goods and eight out of every 10 cars built in the UK are exported,

Mr de Ficchy said WTO tariffs would “represent a significant increase on our vehicles that will have to face the competition in Europe and they won’t be affordable.”

He said the business was asking for tariffs not be imposed if there is a no-deal Brexit.

“We are asking not to have tariffs being applied in a no-deal scenario because otherwise the tariffs won’t be sustainable for us,” he said.

On Wednesday, union leaders revealed night shifts at Sunderland would end – but Mr Ficchy said this was not the result of Brexit.

Other carmakers have warned about the impact of Brexit on their business.

He has warned previously that Vauxhall plants at Ellesmere Port and Luton were under threat from Brexit.

In June, PSA Group announced plans to build a new version of the Vauxhall Astra at its Ellesmere Port factory in Cheshire.

The industry is also under pressure with fewer diesel cars being bought and emissions standards presenting challenges for carmakers.

In February, Honda announced the closure of its Swindon plant but said it was nothing to do Brexit.