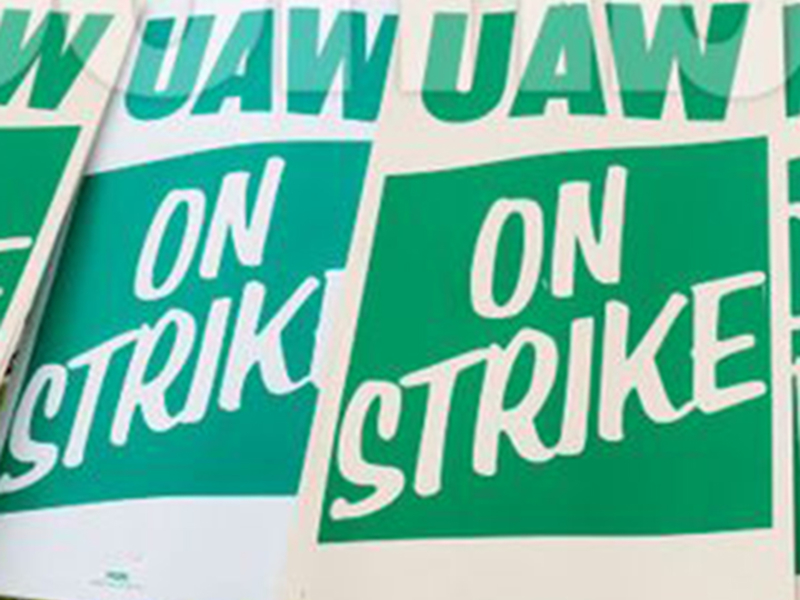 The union was working to conclude talks within subcommittees before putting another offer on the table, a top UAW official said Thursday.

Since proposing its initial contract shortly before the Sept. 14 deadline, “we’ve done even more to address the issues the UAW has brought forward,” Gerald Johnson, executive vice president of global manufacturing, told GM employees in a letter Friday.

In its Monday offer, GM also bolstered the amount it plans to invest directly in its U.S. plants to $7.7 billion, up from $7 billion in its initial offer, according to a person familiar with the offer.

More than 46,000 hourly GM plant workers walked off the job Sept. 16 in a national strike against the automaker. The strike’s impact has rippled through the industry. Parts suppliers that rely on GM business have laid off about 75,000 employees, according to Anderson Economic Group, a consulting firm in East Lansing, Mich.

The offer presented to the UAW on Monday “achieved our mutual objective,” Johnson said. The proposed contract would increase compensation through wages and lump-sum payments, retain health care benefits without increasing out-of-pocket costs, enhance profit-sharing, improve the ratification bonus and create a path for employment for temporary workers.

The offer includes thousands of new jobs in the U.S. and billions of dollars in new investments, Johnson added.

“We have advised the Union that it’s critical that we get back to producing quality vehicles for our customers,” Johnson said. “Our success depends on one another.”

The union was working to conclude talks with five subcommittees over outstanding issues and will present a comprehensive proposal to GM once those areas have been addressed, Terry Dittes, vice president of the UAW-GM department, told union members in a letter late Thursday.

According to Dittes, those areas include technological progress, future of work, sourcing, allocating products to plants, UAW legal services and the UAW-GM Center for Human Resources.

In a response, Scott Sandefur, GM’s vice president of North America labor relations, said GM has repeatedly urged the bargaining team to discuss all issues “around-the-clock” to come to an agreement.