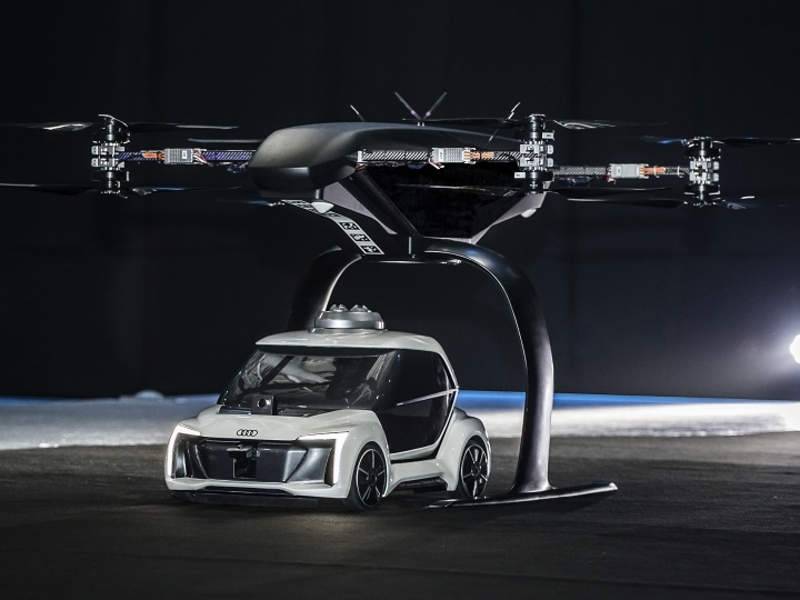 FRANKFURT — Audi has suspended work on its Pop.Up air taxi and has put its partnership with Airbus to develop the vehicle up for review.

Audi said it is working on a fresh direction for its urban air mobility activities as part of its new strategy announced in May.

“At present we are working on a new direction for our urban air mobility activities and have not yet made a decision regarding potential future products,” Audi said in a statement to Automotive News Europe.

Audi said it had stopped all work on the Pop.Up concept that was developed by its Italdesign subsidiary with Airbus.

The concept has a flying passenger capsule that sits on top of a car chassis. The idea was to pick up a customer up at home, drive them to a heliport where the car connects with the flight module.

The Pop.Up had a successful trial flight as a scaled down model during Drone Week in Amsterdam last November.

Audi executives said then they wanted to continue with the project.  “We want to have fully flightworthy prototype ready by the end of next year, that’s our development goal,” Audi board member Bernd Martens said at the time.

In the statement, however, Audi reversed course, citing the challenges specific to the project.

“We believe it will be a very long time before an air taxi can be serially produced that does not require passengers to change vehicles. In the modular concept of Pop.Up, we were working on a solution with the highest complexity,” it said.

Airbus declined to comment on the potential end of the partnership. It said the Pop.Up was not envisaged to flank its own CityAirbus and Vahana flying demonstrators.

A number of automakers are working on autonomous flying cars that can be used as taxis and for ride-sharing purposes. They see flying taxis as a mobility solution in crowded urban cities because they can soar above congested roads.

Volocopter said Singapore, Dubai and Germany were the markets most open to its air taxis.

On Thursday, Porsche and U.S. planemaker Boeing said they are working to develop a concept electric flying vehicle capable of transporting people in urban settings.

A 2018 study by Porsche Consulting forecasts that the urban air mobility market will pick up speed after 2025. The study also says that urban air mobility solutions will transport passengers more quickly and efficiently than current conventional means of ground transport, at a lower cost and with greater flexibility.

In a Daimler blog Volocopter CEO Florian Reuter compared vehicles that are able to take off and land vertically to the early automotive age. “I realize that for most people this is still an unusual sight. However, flying taxis will soon be part of our daily lives,” he wrote.