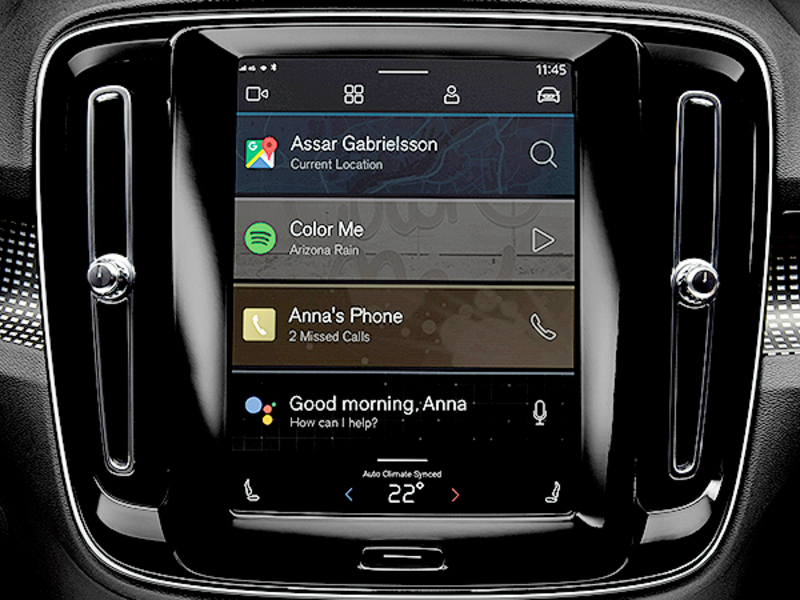 The electric XC40, to be revealed Oct. 16 in Los Angeles, will have the Android operating system embedded in its infotainment system. It will include voice-controlled Google Assistant, Google Play Store, Google Maps and other services.

Embedding Google’s technology is a shift for automakers, as most currently limit access to just Android Auto, allowing the driver to view and use apps on the vehicle’s touch screen after plugging in a smartphone.

“We are finally giving you the same experience in your car that you’re used to on your phone, but adapted for safe interaction while driving,” Volvo Cars Chief Technology Officer Henrik Green said in a statement.

Volvo chose to team up with Google rather than reinvent the wheel with an in-house infotainment solution.

The electric XC40 is also the first Volvo to receive software and operating system updates over the air — a feature popularized by Tesla and one that is gradually spreading across the auto industry.

“By introducing over-the-air updates for everything from maintenance to completely new features, the car can stay as fresh as your other digital products, always with the latest and greatest features,” Green said.