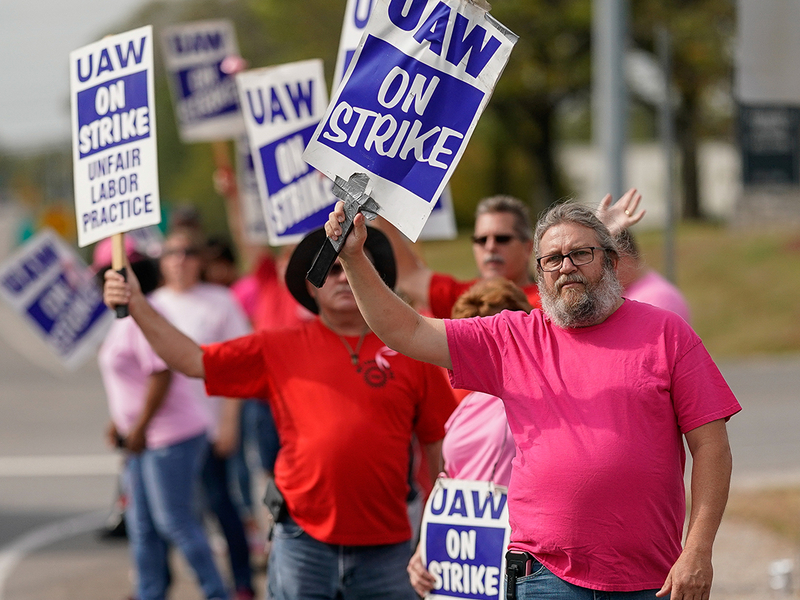 DETROIT — The UAW has called a Thursday morning meeting of its national General Motors council as negotiations continue amid a nearly month-long strike against Detroit’s largest automaker.

In an email sent Monday, the union called local presidents to Detroit for a meeting regarding a “contract update” and other yet-to-be-determined agenda items.

The council is typically called to discuss a tentative agreement once one is reached before taking it to rank-and-file members for a nationwide vote. But as of Monday evening the two sides had not yet reached a tentative agreement and continued to negotiate, according to people familiar with the talks.

The meeting would offer the union’s leaders a chance to provide a face-to-face update on negotiations with local presidents as the work stoppage enters its fifth week.

Spokesmen for the UAW and GM declined to comment.

The two sides last week traded jabs in public comments that accused each other of stalling the talks. GM submitted its most recent proposal to the union last week, which included a commitment to invest $7.7 billion in U.S. plants, a person with knowledge of the talks told Automotive News. The union presented its counterproposal on Friday, but has declined to provide details.

GM has not commented on the UAW counteroffer.

The contentious talks have been hung up by a number of topics, including the future of temporary workers, preservation of health care benefits and commitment to U.S. investment, among others. The national strike, set to enter Day 30 on Tuesday, is the longest against a Detroit 3 automaker since 1970.

When a tentative deal is finally reached, the GM national council will also vote on whether to send some 46,000 hourly employees back to work, or to continue the strike until the tentative agreement is ratified.

Losses are beginning to pile up for all parties, and the strike’s impact has ballooned to include suppliers, dealers and other businesses.

But GM continues to maintain a higher-than-average inventory, according to a report last week by Cox Automotive.

Despite the estimated tens of millions of dollars GM stands to lose each day the strike continues, Morgan Stanley analyst Adam Jonas wrote in a research note on Monday that he doesn’t “expect GM’s 2020 outlook to be radically impacted” by the work stoppage.