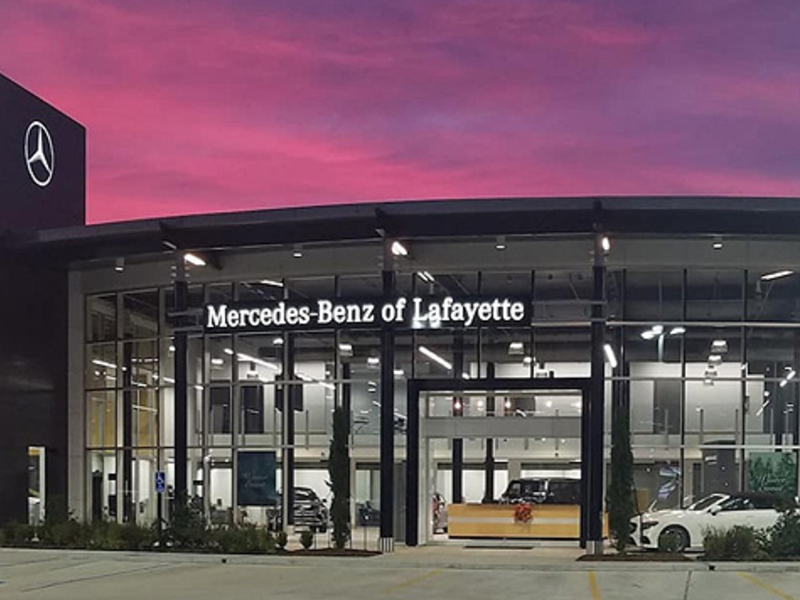 An African American former employee of a Mercedes-Benz dealership in Indiana has sued the store and Mercedes-Benz, alleging a hostile work environment where racial slurs were used.

Jeffrey Turner says in the federal lawsuit filed last week that Mercedes-Benz of Lafayette fired him in October 2017 after he reported offensive conduct to the automaker. He is seeking damages and a trial by jury.

Turner says that the store’s owner, Mike Raisor, admitted to systematically overcharging black customers and would call the practice “n—– scalping.” In addition, Turner’s suit says Raisor called him his “favorite n—–” in front of a room full of people.

Turner also says a co-owner, Bret Raisor, made offensive remarks to him about NFL players kneeling during the national anthem.

Turner, who was a sales manager and the store’s only black employee, eventually reported his accusations to the automaker, which in turn contacted the Raisor group. After that, Turner says, the dealership retaliated by lowering his commission. He then was fired after Bret Raisor complained during a meeting that Turner was “running his mouth,” the suit says.

One of Turner’s attorneys, Faith Alvarez of Lee, Cossell & Crowley in Indianapolis, said Turner filed a race retaliation complaint with the Indiana Civil Rights Commission about two weeks after he was fired in an attempt to get his job back. The commission does the same work as the Equal Employment Opportunity Commission in resolving employment disputes over protected classes of people, Alvarez said.

Turner had worked for the group since 2011.

In a 2017 letter to the commission, a lawyer who represented the dealership at the time admitted that Mike Raisor used the racial slur during a sales meeting that Turner attended but disputed the allegations of discrimination. The letter said Raisor denied saying “n—– scalping” but acknowledged using the phrase “n—– in the woodpile.” The term wasn’t directed at Turner, according to the letter.

The group’s current legal team at Vaughan & Vaughan in Lafayette released a statement Friday disputing the allegations, pointing to the company handbook that says it “does not discriminate in employment opportunities or practices on the basis of race, color, religion, sex, national origin, age disability and any other characteristic protected by law.”

“Any suggestion that the Mike Raisor Automotive Group or the Raisor family racially discriminates is simply false,” the law firm said.

When reached by Automotive News on Tuesday, Mike Raisor declined to comment on the allegations.

In an emailed statement to Automotive News, Mercedes-Benz USA said: “The allegations presented are not in line with the values of fairness, diversity and respect that we practice within our organization. We expect the same from our dealer partners. We will be looking into this and will take action as warranted in accordance with applicable law.”

Alvarez said the Indiana Civil Rights Commission collected evidence on the allegations and made an official finding of discrimination in May 2019.

Knew or should have known

The lawsuit claims the Raisor group and Mercedes-Benz “knew or should have known about said conduct; but failed to take reasonable steps to correct the situation and/or prevent said abuse/harassment from recurring.”

Since the lawsuit went public, Alvarez said, Turner has received an outpouring of support from people who have bought vehicles from him and people who claimed to have experienced discrimination at the same dealership.

“The Mercedes Benz dealership would never agree to give Mr. Turner his job back, we had an unsuccessful mediation, and all hopes for resolving the claims were otherwise at a standstill,” Alvarez said in an email. “Interestingly, filing this lawsuit was never our goal. We filed the federal lawsuit the day before the statute of limitations ran out because that was the time limit to file a lawsuit. Mercedes Benz backed us into the lawsuit by refusing to work with Mr. Turner at the civil rights commission.”

BMW doubles investment to $2.1B in Hungary EV plant
Chinese Driver Miraculously Survives After Slamming Into Toll Booth And Flying Into The Air
How Lucid brought the Air Pure EV in for under $90k
Lancia unveils new logo, design language ahead of relaunch
Serial 1 MOSH/CTY First Ride Review: What’s Old Is New Again