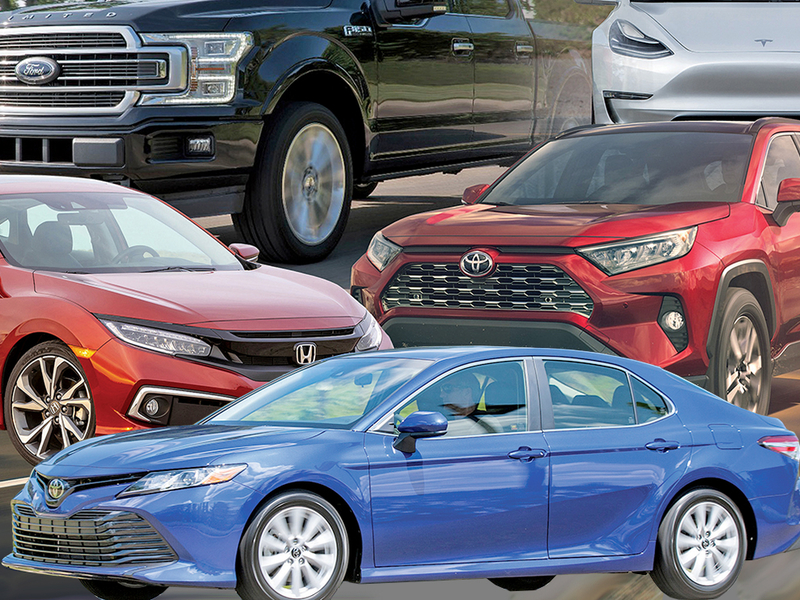 Cars are still outpacing crossovers in popularity among minority consumers, and African Americans are a fast-growing segment of pickup buyers.

Those are two revelations in IHS Markit registration data for the first half of 2019 that have significant implications for automakers as demographic shifts position ethnic and racial minorities to represent more than half of the U.S. population by 2042.

IHS Markit Chief Diversity Officer Marc Bland, who has warned the industry in the past about basing its advertising to minority audiences on outdated assumptions, has spotted several trends that can guide manufacturers.

For one, Bland said cars are not dead. Japanese brands remain dedicated to cars, and lists of the top 10 vehicles for each ethnic group are peppered with cars.

Secondly, three pickups are among the 10 most popular vehicles among African Americans.

“The industry has been marketing pickups to Hispanics for a long time. But what’s new is that African Americans have this newfound, very strong affinity for pickup trucks,” Bland told Automotive News. “They’re stylish multipurpose vehicles. You can’t tell somebody that has a top-of-the-line F-150, Silverado, Ram or even a Sierra Denali, that they don’t have a luxury vehicle.”

Asian Americans, Bland said, could be the next growth opportunity in the pickup scene, so automakers should create truck campaigns that speak to those consumers.

While Hispanics buy pickups as well, they haven’t backed away from cars by any means. The Honda Civic is No. 1 for that demographic, with the Toyota Corolla and Camry also among the top five. And, industrywide, four cars still rank among the leading 10 vehicles.

“Forty percent of the top 10 vehicles overall are cars, but when we move to African Americans, you’ll see it is 50 percent,” Bland said. “How can the majority of analysts continue to scream out that cars are dead?”

The Detroit 3 continue to dominate the lucrative pickup segment and churn out crossovers but have mostly pulled back from the car market. This leaves Honda, Nissan and Toyota to capitalize on those openings among minority shoppers.

The most popular car in the industry this year is the Civic, which is the No. 6 overall vehicle, according to IHS Markit new-vehicle registration data through June. The Camry, the Honda Accord and the Corolla also rank in the top 10 industrywide, but cars index even higher among minority groups.

Four of the top six vehicles registered by Asian Americans are cars, with the Tesla Model 3 coming in at No. 1 through June. The Camry, Civic and Accord rank fourth through sixth, respectively, for Asian consumers.

The Civic leads among Hispanic buyers, with the Corolla coming in second. The Camry ranks fourth with Hispanics, while the Accord is at No. 6.

For African Americans, cars account for the top three slots, led by Camry. The Accord is second, and the Civic is third. The Nissan Altima ranks seventh.

With U.S. Census data pointing to minorities becoming a majority in the future, Bland said, it makes sense for the Japanese companies to continue to stick with their household-name cars.

While the Japanese brands invest in cars, they’re also a force in the crossover market, outperforming the domestics in the crossover race on an overall basis as well as with ethnic consumers. The Chevrolet Equinox is the only domestic crossover in the top 10 industrywide — at seventh, it trails the No. 4 Honda CR-V and No. 5 Toyota RAV4 — but no domestic crossovers have cracked the top 10 among ethnic buyers in 2019. Bland thinks the stylish Chevy Blazer could make a move into the upper tiers at some point.

Ram has overtaken the Ford F series as the top pickup choice among African Americans.

Bland attributes this to the redesigned Ram’s styling and plush, technology-filled interiors that are commanded by an available 12-inch touchscreen.

The previous-generation Ram 1500 is still around, giving buyers such as young people in the construction business “freedom of choice,” Bland said.

“If you cannot step up to the new price point of the new-and-improved Ram, and you still want to be part of the Ram family and you need a pickup truck that can get you from Point A to Point B, then you can get financed on one of those,” he said.

Automakers are vying for multicultural consumers in a tight pickup race among the Detroit 3, with the midsize Toyota Tacoma also making its presence known. The Silverado was their pickup of choice in the first half of the year, sitting at No. 7 overall among ethnic buyers. Ram and the F series are eighth and ninth, respectively, followed by the Tacoma at No. 10.

The Tacoma is the most popular midsize pickup among the fast-growing Hispanic demographic.

Within the Asian community, Tesla’s Model 3 was No. 1 in the first half of 2019 with 19,346 of the electric sedans registered, according to the IHS Markit data.

Asian Americans, the highest-earning group in the country according to Pew Research, have two luxury cars in their top 10 vehicles with the Model 3 and the Lexus RX crossover, which ranked eighth at 8,523 vehicles registered.

“Asians are the luxury leaders in this country,” Bland said. “People need to take note of that. When your No. 1 vehicle overall is a luxury electric vehicle at 19,000 units? [Asians are] buying more Tesla Model 3s than … RAV4s, CR-Vs and Camrys? That should make the news.”