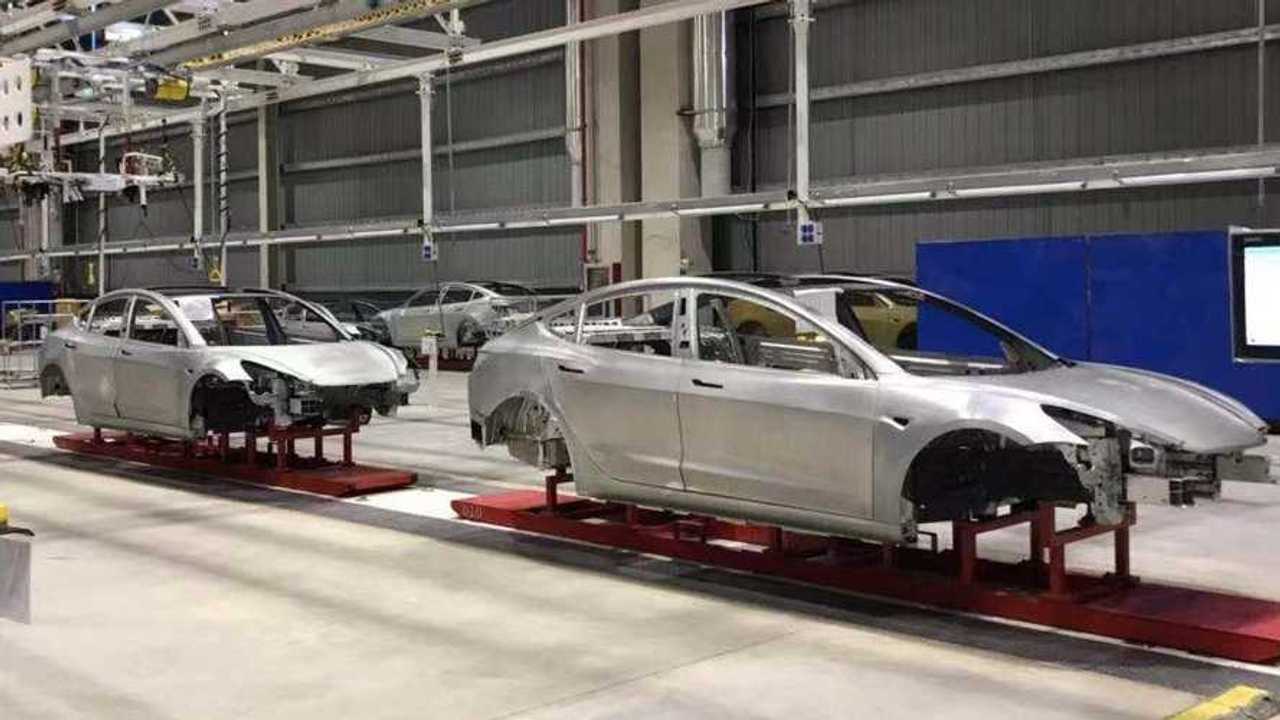 Bureaucracy is complete. Now, everything depends on manufacturing.

Tesla was officially added to a government list of approved automotive manufacturers in China, which is required to start production at the Tesla Gigafactory 3.

According to Reuters, production of customer cars can now start whenever Tesla is ready, which might be even later this month.

It’s important to note that the GF3 is the first fully foreign-owned car plant (not a joint venture with a Chinese partner) that was approved by China. Previously, the automotive industry was required to give at least 50% of ownership to Chinese partners. Moreover, Tesla has received important support along the way:

“Shanghai authorities have offered Tesla assistance to speed up construction, and China excluded Tesla models from a 10% car purchase tax on Aug. 30.”

Let’s take a look at the new video from the GF3, which shows how quickly the phase two construction advances:

Welcome to subscribe：https://www.youtube.com/channel/UCxAm…
This time I went to Tesla’s factory near Shanghai port, near the rice field near the east of the factory, which is golden. The rice is full and full, swaying in the wind. When I stood in this autumn rice field, breathing the fragrance of rice, I couldn’t help but steal a few grains of rice. The rice is glutinous and sweet. My behavior of stealing rice, as long as you see in the film, you will know; a small grain, hanging in the corner of my mouth, but in the whole shooting process, I don’t know what happened. I think that’s the consequence of stealing. Back to the main topic, October 14 is the official mass production day of Tesla Shanghai Super factory. I chose this day to come to the factory, because at this time a year ago, I first came to this place to report. When Tesla announced that Tesla’s third factory was located near the port of Shanghai, I ran to the port twice in a row. One time, I found the registration place where Tesla settled in the port of Shanghai, and the other time, I announced the specific location of the factory. When I first saw the construction site with an area of 860000 square meters, I saw only a piece of yellow land that had been bulldozed and surrounded by simple wire mesh. When looking for this construction site, I consulted several local people. They all knew that there was an American automobile factory to build here, but they still showed their doubts. Tesla Shanghai Super factory gave me the first impression that in addition to the enclosed construction land, its surrounding open space was full of watermelon and vegetables. Local residents are busy cleaning up their fields and agricultural products. In the pond, ducks are playing happily. They don’t seem to care about starting construction here. However, a year later, the land they farm and play in has built a super factory that attracts the world’s attention: Tesla Shanghai Super factory. Although in the process of construction, there are adverse weather such as rainy season and typhoon season, but the construction of the super factory has not been postponed, but completed at an amazing “Chinese speed”. Now, Tesla Shanghai Super Factory will welcome the first Chinese-made Tesla MDEL3 offline outside the United States. We look forward to this moment together! Finally, I would like to thank the netizens who have always supported and helped this channel and thank you for your love.

Formula 2 Driver Amaury Cordeel Loses License After Filming Himself Going 111 MPH In 30 MPH Zone
BMW doubles investment to $2.1B in Hungary EV plant
Skoda will bring forward launch of three electric models
NYC Futuristic Robotic Parking Systems Cost Luxury Residents At Least $300,000 Per Space
We’re Taking The 2022 Lexus GX 460 On A 2,000 Mile Roadtrip; What Do You Want To Know About It?