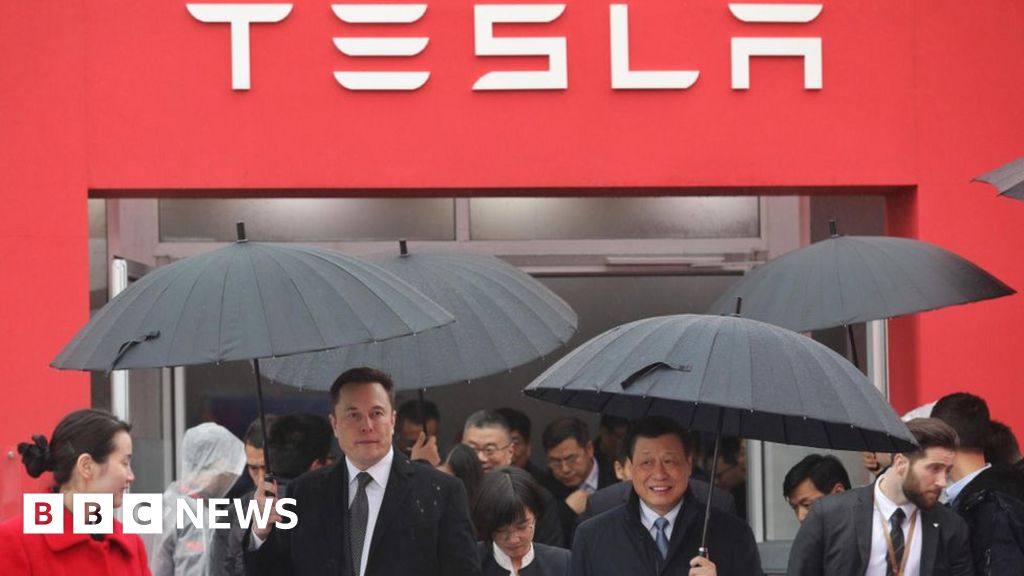 Tesla has been given the green light to start manufacturing its cars in China.

The electric carmaker, which is run by billionaire Elon Musk, is building a $2bn (£1.5bn) factory in the eastern city of Shanghai.

Tesla plans to build at least 1,000 of its Model 3s each week in the Chinese factory, which could be up and running within weeks.

The new factory will give Tesla access to China, which is the world’s biggest car market.

It would also help the company avoid higher import tariffs that are imposed on cars made in the US.

The new factory, known as the Gigafactory 3, is the first fully-foreign owned car plant in China.

Permission to build the plant has been seen as a sign that Beijing is looking to open up its car market.

Authorities in Shanghai have offered Tesla some help to speed up construction of the plant. Meanwhile, China excluded Tesla vehicles from a 10% tax on cars.

Announcing that it had broken ground at the site of the factory in January, Mr Musk said the plant would build “affordable versions” of the Tesla Model 3 – the carmaker’s mass market vehicle – and its proposed Model Y for the Greater China region.

“Aiming to finish initial construction this summer, start Model 3 production end of year [and] reach high volume production next year” the entrepreneur tweeted at the time.

In August, Mr Musk visited the new factory on a trip to China, where he sparred with Alibaba’s Jack Ma in a debate at an AI conference.

The push into China comes amid ongoing trade tensions between Beijing and Washington.

US carmakers have been vocal critics of President Donald Trump’s tariffs, which have targeted the car sector among others.

In October last year, Tesla warned that tariffs in China were creating challenges.