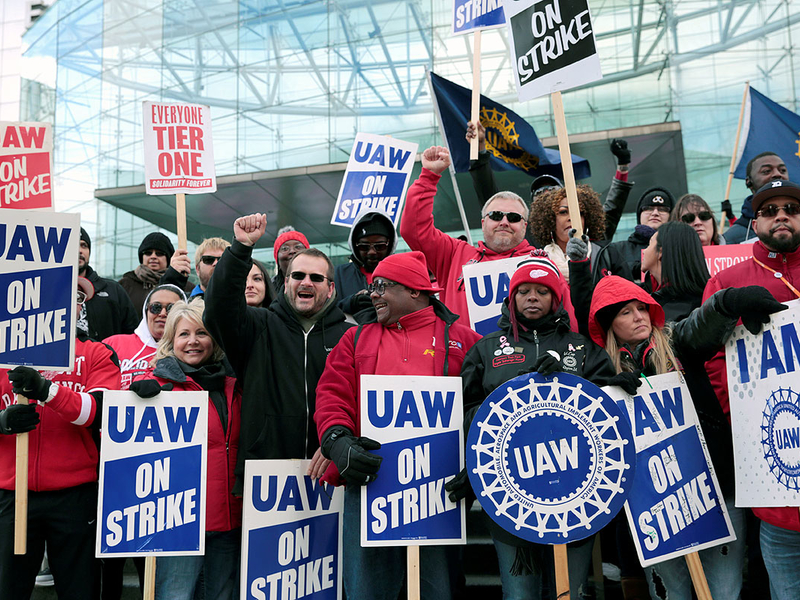 DETROIT — The UAW’s tentative agreement with General Motors would give full-time hourly workers a signing bonus of $11,000, provide wage or lump-sum pay increases of at least 3 percent annually and allow new hires to reach top wages in four years instead of eight, according to a summary of the deal provided by the union.

The four-year contract, if ratified, would result in all current workers earning at least $32.32 an hour by September 2023. Temporary workers would have a path to becoming full-time employees, the summary said.

Profit-sharing payouts would no longer be capped at $12,000 annually, though the formula for calculating them would not change. Health care coverage also is unchanged.

GM also will contribute $1,000 to the pensions of workers hired prior to 2007 who still are eligible for that benefit and is offering $60,000 bonuses to up to 2,060 workers eligible for retirement who leave the company in January or February.

The UAW’s GM council, comprised of presidents and plant chairmen from around the country, was meeting Thursday morning in Detroit to vote on whether to recommend the deal to the full membership for approval. The council also is deciding whether to end the strike against GM, now in its 32nd day, or to keep workers on picket lines until the agreement is ratified.

GM’s Detroit-Hamtramck plant, which was scheduled to end production in January, will remain open, the contract summary said.

But Lordstown Assembly in Ohio and transmission plants in Michigan and Maryland will be closed permanently. Workers from those plants will be offered several options for retirement bonuses, early retirement or buyouts of up to $75,000 and will not have to repay any relocation assistance they already have received.

The UAW and GM also agreed to establish a national committee on advanced technology to “discuss the impact of future technologies on UAW members and address instances where bargaining unit work has shifted out of the unit due to new manufacturing processes,” according to the contract highlights.

In April, GM CEO Mary Barra said the automaker would build an electric full-size pickup. The company has said it plans to invest $8 billion to build electric and self-driving vehicles.

The union also said General Motors Components Holdings employees can now earn up to $22.50 after 96 months of work, up from $19.86 top wages now.
The GMCH subsidiary was created in 2009. Employees typically do work that had been previously done by suppliers and are paid a lower wage than traditional full-time workers.

Tesla is set for a record breaking Q4 in Norway
FCC declares ringless voicemails illegal without consent
Fiat Promises To Keep Making Small Cars In EV Age
Honda will build a fuel cell CR-V in Ohio
We’re Taking The 2022 Lexus GX 460 On A 2,000 Mile Roadtrip; What Do You Want To Know About It?