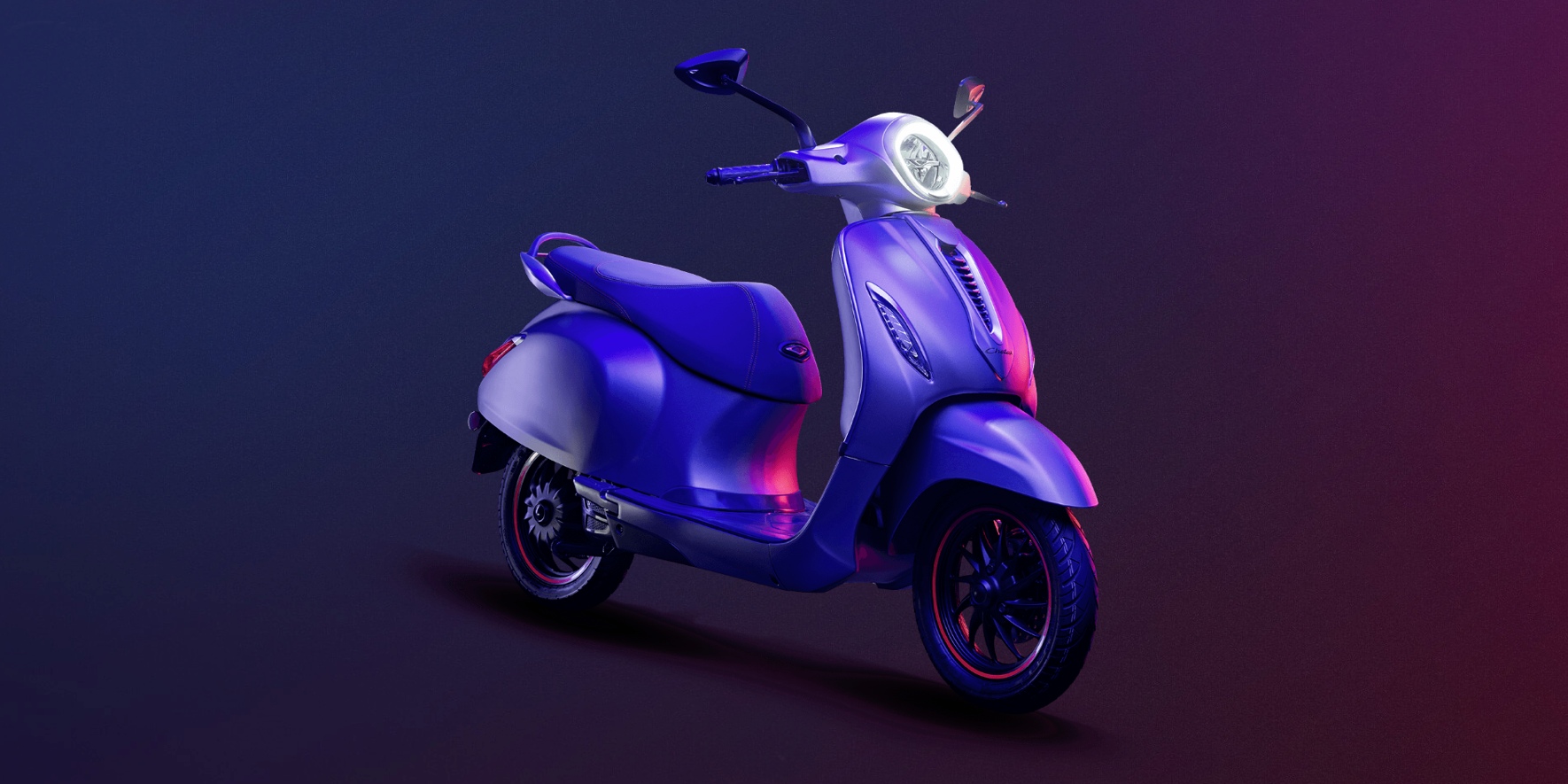 Bajaj is back in the scooter game after a 10 years absence. This time around they’ve resurrected the Chetak scooter, though in electric form.

And you may recognize the design as something familiar…

That’s because it looks to be heavily inspired by Piaggio’s Vespa scooters.

Taking a look at the photos below, it is hard to miss the European design inspiration seen in the new Bajaj Chetak electric scooter.

And while that make sense, considering Bajaj’s original Chetak scooter was based on a design licensed directly from Vespa in the 1970’s, Bajaj eventually did away with the Vespa inspiration and built its own design, which lasted from the 1980’s to the mid 2000’s.

After discontinuing the Chetak in 2005, Bajaj Auto is back with the new electric version of the scooter. 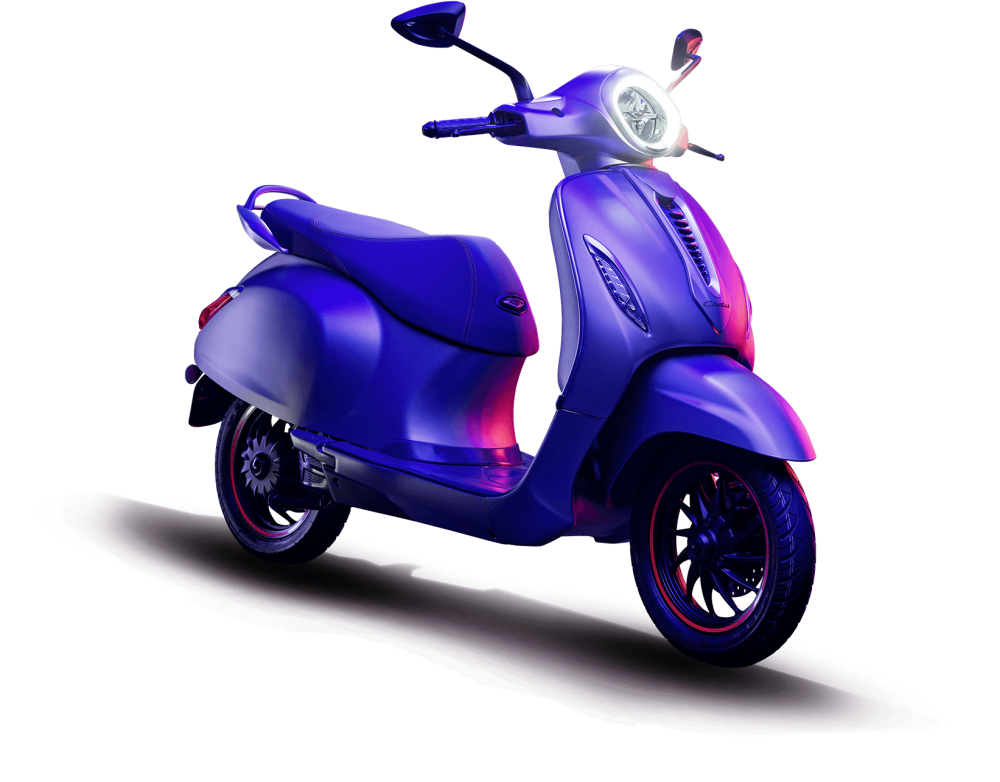 The scooter sports a single sided front fork up front and a single sided swingarm in the rear. The entire steel-body is rolling on 12-inch alloy wheels.

Bajaj hasn’t announced the capacity of the battery yet, but claims the Chetak can achieve real-world driving ranges of 95 km (59 mi) in Eco mode or 85 km (53 mi) of range in Sport mode. The battery is also IP67 rated, meaning it can withstand up to half an hour submerged in 1 meter (3 ft) of water. 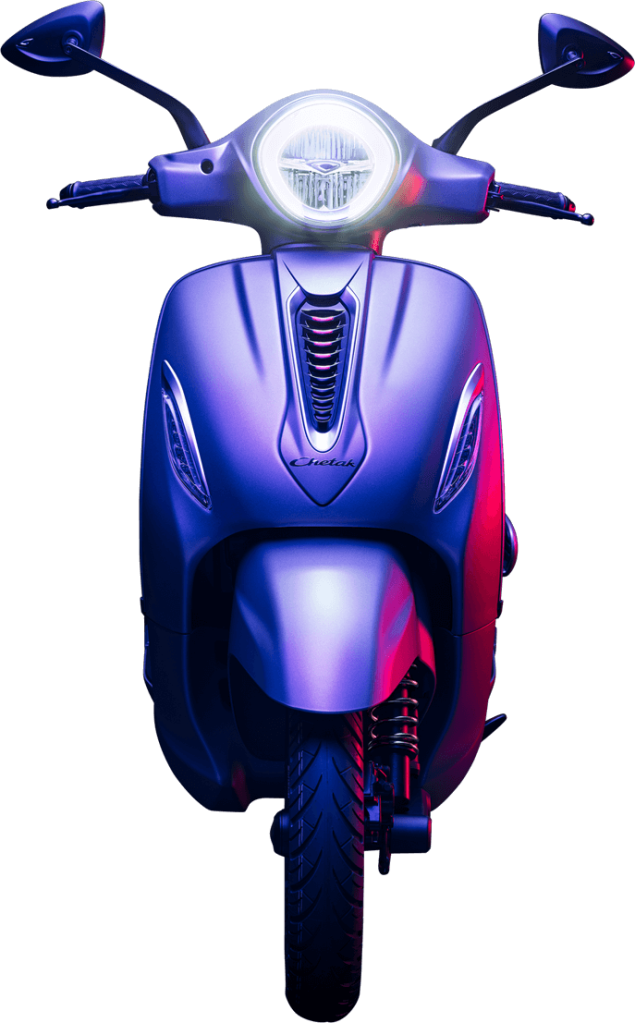 Braking is accomplished with a disc brake up front and drum brake in the rear, as well as via regenerative braking.

Other modern features not found on the classic Bajaj Chetak scooters include a digital instrument panel, LED lighting and Bluetooth connectivity.

Bajaj has indicated that the price is likely to fall around the US $2,000 mark. That would make the Chetak a fairly premium electric scooter in India, though could prove to be serious competition for Vespa if exported. The Vespa Elettrica, Piaggio’s own electric Vespa, is priced closer to US $7,000, making it an ultra-premium electric scooter that has priced out much of the market.

This announcement is significant not just for the scooter itself, but because it marks the first entry of a major Indian manufacturer into the electric two-wheeler space.

For now, most electric scooter and motorcycle designs coming out of India are the work of new startups, not established automakers. And while startups will of course play a key role in shaping the future of electric two-wheeled transport, it is the established manufacturers that have the capital and design/production resources to make faster progress on a larger scale.

Regarding the design of the new Bajaj Chetak, I have mixed feelings. On the one hand, there’s a reason that so many electric scooter makers follow Vespa’s design cues. Their scooters look good.

But at the same time, I would have hoped that Bajaj could have produced something a bit more original, especially considering the fact that they are hyping the “Made in India” aspect of the scooter so heavily.

India finds itself in a leadership position in terms of the rate of new electric scooters being developed. There are just so many startups coming out with interesting designs that it seems like a shame to fall back on safe yet unimaginative aesthetics.

At the end of the day though, I just want to see more of these electric scooters on the road. Once adoption rates increase, then we’ll have the luxury of worrying about imaginative designs.

Until then, let’s hear what you think of the new Bajaj Chetak electric scooter. Let us know in the comments below!