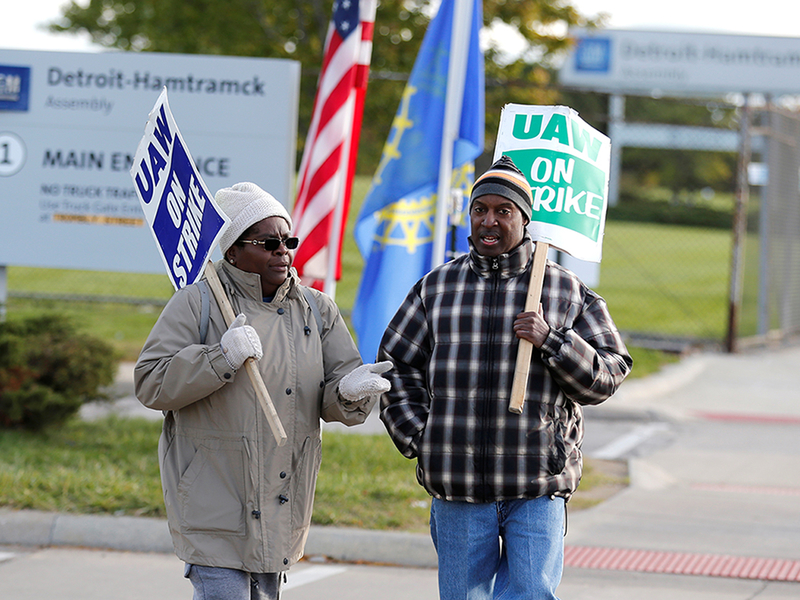 DETROIT — General Motors has agreed to invest $3 billion in the Detroit-Hamtramck Assembly plant to build electric pickups, vans and battery modules, according to a copy of the proposed contract obtained by Automotive News. The plant, which was scheduled to close in January, would employ 2,225 people at full capacity, GM told the union.

The investment represents one-third of the $9 billion that potentially would be spent on GM’s U.S. plants, including $1.3 billion in indirect investments, if striking UAW members ratify the tentative agreement reached Wednesday. The $7.7 billion in GM investments pledged in the agreement would create or retain about 9,000 jobs through 2023.

Wentzville Assembly in Missouri would build the next generation of GM’s midsize pickups, the contract says. The plant would receive a $1.5 billion investment to retain about 2,000 jobs.

GM would invest a combined $1 billion in the Lansing Delta Township plant in Michigan and Spring Hill Assembly in Tennessee to build next-generation midsize utility vehicles. Those investments are tied to 5,000 jobs, though it is unclear how many would be new.

GM would invest about $200 million in a new-vehicle program in pre-production operations in Warren, Mich., to retain about 75 jobs.

The automaker also would invest $2 billion in U.S. plant refurbishments.

Detroit-Hamtramck Assembly is the only one of the four plants that GM targeted for closure last fall that would reopen under the contract. Three plants that already have been idled — Lordstown Assembly in Ohio; Baltimore Operations in Maryland; and Warren Transmission in Michigan — would close permanently. A parts distribution center in Fontana, Calif., that employs 31 hourly and 24 salaried workers also would close, the agreement says.

GM, in an emailed statement, said it remains committed to creating jobs in Ohio. The automaker said it would bring battery cell manufacturing operations to northeast Ohio, creating 1,000 new jobs. It also plans to move ahead with selling the Lordstown complex to Lordstown Motors Corp., a new company affiliated with Ohio-based Workhorse Group that “plans to build electric pickups for commercial fleet customers” and create 400 jobs at the site initially. The Ohio jobs are not part of the UAW agreement with GM.

The UAW’s GM national council on Thursday voted to extend the union’s national strike against the automaker until members ratify the tentative agreement. Voting will begin on Saturday, and the process should be completed in eight days, or next Friday, Oct. 25, the union said.