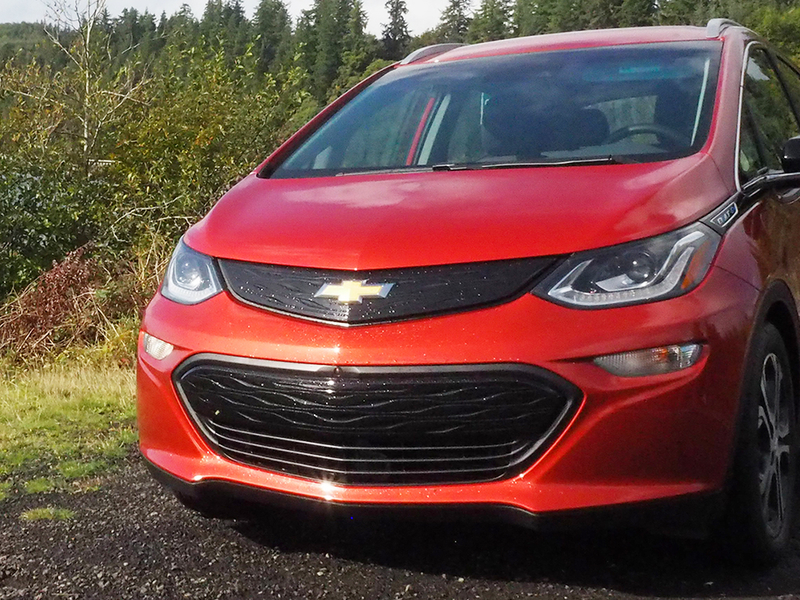 TACOMA, Wash. — With the 2020 Bolt EV, Chevrolet says it has solved the electric vehicle range-price puzzle. But getting everyone who sells the car or may want to drive one to understand it remains a hurdle.

Chevy sees the Bolt as a springboard for General Motors’ evolution to an all-electric future, but the brand has learned that it needs to educate dealers and lean on its experts — the engineers — to communicate with customers and enthusiasts.

Offering long range at an affordable price is every EV automaker’s goal. Chevy feels it has “cracked the code” with the Bolt, Mike Hayes, the Bolt’s marketing manager, said during a media drive of the 2020 model.

The key to extended range with only a minor price bump is a more powerful battery, the company said. The 2020 Bolt has a 66-kWh battery, compared with a 60-kWh battery in previous model years. The battery is the same size as earlier Bolt models but more efficient because of adjustments to its chemistry.

In the first nine months of 2019, Chevy sold 13,111 Bolts, up 11 percent from the same period last year, according to the Automotive News Data Center.

GM has said it would launch 20 new all-electric and fuel cell vehicles globally by 2023.

In March, GM CEO Mary Barra said the company would invest $300 million to build a new fully electric Chevy vehicle at the Bolt plant in Orion Township, Mich., over the next two to three years.

The 2020 Bolt was engineered and designed based on what GM has learned from earlier versions of the Bolt, the former Spark EV and the company’s hybrid vehicles.

Chevy officials say EV sales will take off only if there is a commitment at the dealer level.

Of Chevy’s nearly 3,000 U.S. dealerships, more than 1,300 are Bolt certified, which means the dealer and the sales team have completed training for selling EVs and installed a 240-volt charger and a fast charger on site.

GM also encourages dealerships to install additional charging stations for public use, and Chevy sends product specialists to dealerships to teach them about the Bolt.

“That’s critical for us because that means the dealer is invested and dedicated to this product,” Hayes said. “Everything we do is to make sure that this is a consistent experience.”

According to a study by Cox Automotive, more than half of consumers who would consider buying an EV said they expect dealers to provide a gasoline vs. EV cost comparison, a tutorial on operating an EV and tips for taking care of an EV. Fewer than half of dealerships offer those services. Nearly half of respondents said they expected a map of charging stations and a charging station installed at their home.

Battery-electric vehicles made up only 1.6 percent of U.S. retail sales this year through July, according to J.D. Power. Much of the customer and dealer resistance to EVs comes down to a lack of understanding.

Chevy aims to simplify the EV ownership and driving experience in part by getting more of them into EVs. “In a lot of scenarios, we get way too technical for our own good,” Hayes said.

Many dealers assume driving an EV feels different from driving a vehicle with an internal combustion engine, Hayes said, but after driving it understand that “it’s not this exotic technology that I need to completely rewrite the script on. I can adjust to this and I can make it part of my overall sales experience.”

In 2016, Chevy launched a website to educate consumers about driving an EV. The website has since been integrated into Chevy.com.

“A hundred people riding or driving the car is better than 1,000 people talking about it,” Hayes said.

EV owners tend to have passion for their vehicles similar to Corvette and Camaro owners, said Hayes. They probably know more about the vehicles than 98 percent of GM employees, he added, so they are hungry for intricate details.

For enthusiasts and current EV owners, Chevy created a Facebook group about two months ago. So far, the group has about 1,900 members. Chevy hasn’t posted much content yet, but within about a month, Chevy plans to introduce new features and bring its engineers into the conversation.

“We always try to integrate as much of the expert knowledge that we can,” Hayes said.

“As a marketer, I can tell you everything about the vehicle, but I didn’t design it. I didn’t build it. I can help translate that message, but it’s always better to hear it from the source.”