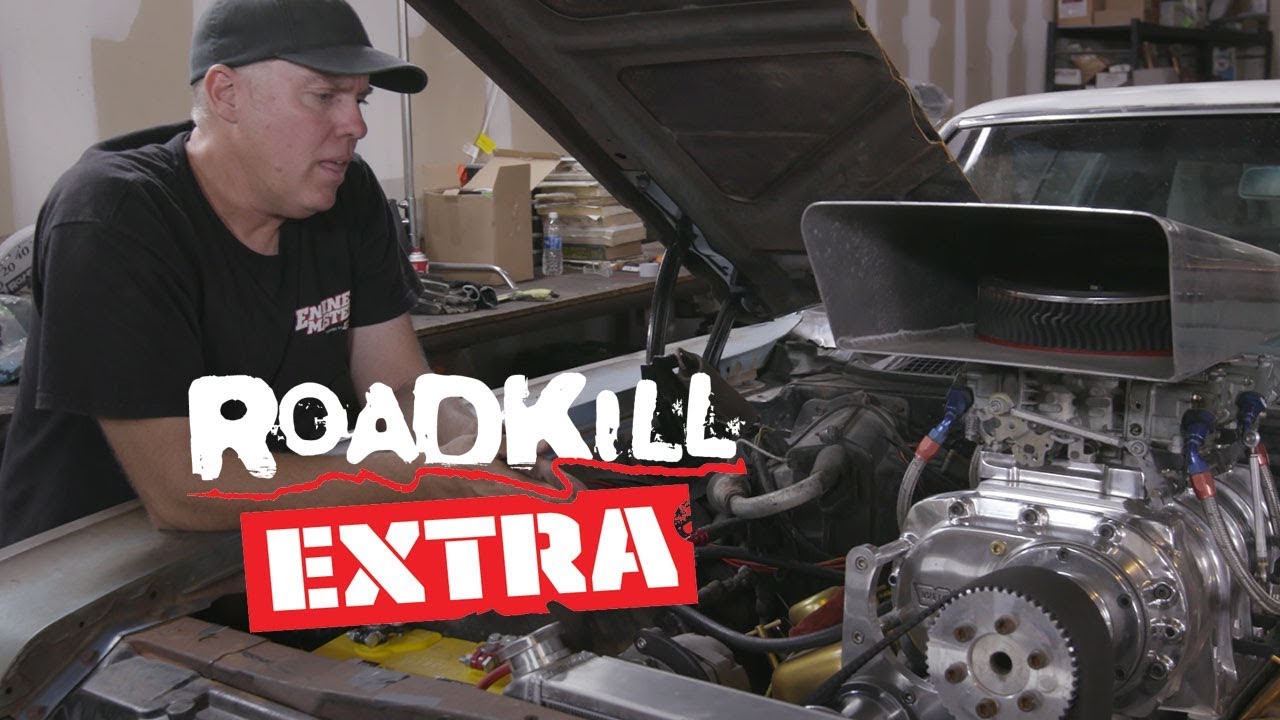 Videos
Share on Facebook
Share on Twitter
Share on Pinterest
Share on LinkedIn
Roadkill Garage episode 24 features a revamp of the Crusher Impala, the 1969 Chevy that’s now powered by a 489ci, supercharged big-block Chevy that was formerly used in the Hot Rod magazine Crusher Camaro. During the filming of the episode, David Freiburger took a moment to appreciate the Weiand 8-71 blower atop the engine and to explain supercharger basics—like, what does “roots blower” and “8-71” really mean? Find out in this episode of Roadkill Extra, the show with vlogs and outtakes that appears every weekday on MotorTrendOnDemand.com.