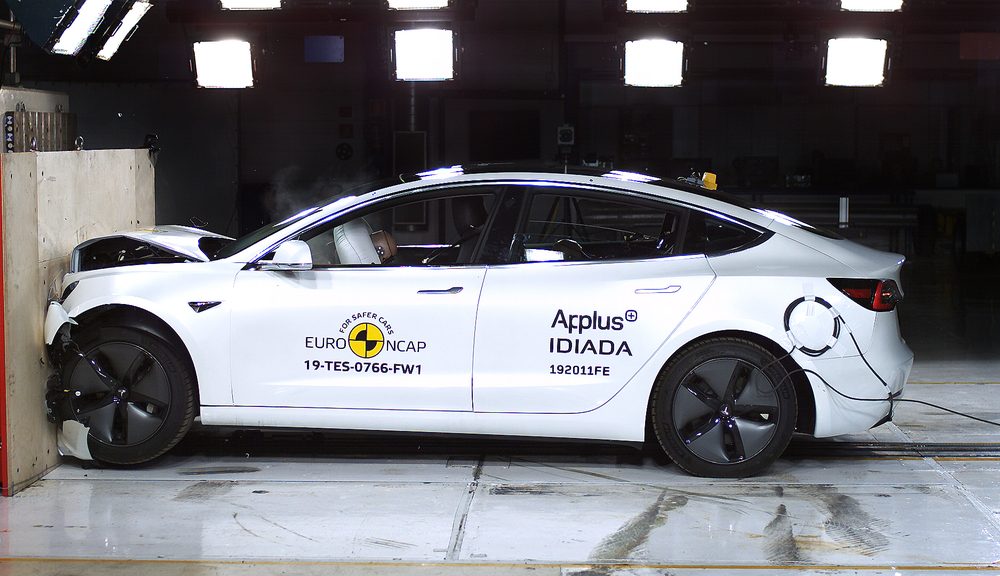 Tesla’s electric cars are already among the safest vehicles on the road today with their impressive safety ratings. But even the best cars still have room for improvement, and one can count on Tesla to be the manufacturer that will do what it can to make its already-safe vehicles even safer. An example of this could be found in a recently published patent that describes a “crash can” that can help protect occupants better in the event of a collision.

The patent, titled “ADVANCED THIN-WALLED STRUCTURE FOR ENHANCED CRASH PERFORMANCE” describes a specific design for a “crash can,” a thin-walled metal structure that is built into the crash zones of a vehicle. These metal structures are built to absorb the energy of an impact, and are designed to deform in a stable manner during events such as a crash. Crash cans are typically a square, single-cell tube directly mounted to the front of the frame of the vehicle.

Tesla’s crash can patent takes the same concept but raises it up a couple of notches higher. Instead of using a simple square, single-cell tube, Tesla’s patent describes a “multi-cell structure that includes at least four hollow cuboids.” The four walls of the hollow cuboids meet at 90-degree angles and at least two of the cuboids share a wall. Tesla describes its design in the section below. 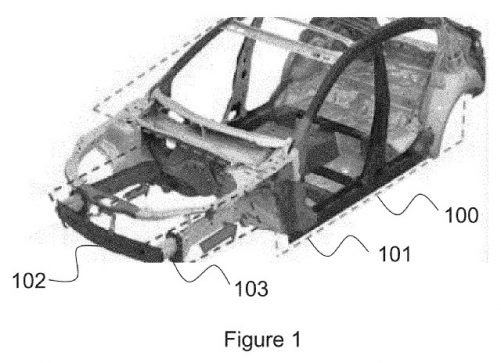 Illustrations of Tesla’s “crash can” patent. (Credit: US Patent Office)

This updated design, while seemingly a minor change, actually improves the safety of a vehicle during a crash. According to Tesla, the crash can design in its recently-published patent provides a more stable deformation process. This increases the amount of energy that can be absorbed in a collision.

“Increasing plastic deformation in this manner grants the multi-cell crash can several advantages. For example, increasing plastic deformation in turn increases the amount of energy that will be absorbed during a collision, resulting in lower deceleration for the occupant(s) and critical components of a vehicle involved in a collision. This, in turn, results in an overall safer experience for the occupant(s) and critical components, providing for a lower chance of injury or damage. Additionally, increasing the probability that the multi-cell crash can buckles in a stable manner increases the predictability of how the crash can will react when subject to a collision, which in turn increases the predictability of how the rest of the vehicle will react. This allows for greater predictability of what an occupant will experience and allows for more precise planning on how to keep the occupant safe.”

The full text of Tesla’s novel “crash can” patent could be accessed here.

Among the carmakers in the auto segment today, Tesla is arguably the most obsessive when it comes to its vehicles’ safety. Each one of Tesla’s electric cars has performed well in crash tests, with the Model X SUV proving to be near-impossible to topple, and the Model 3 acing the safety tests of the NHTSA, Euro NCAP, ANCAP, and even the IIHS. With improvements such as those described in its recently-published “crash can” patent, Tesla’s electric cars today, as well as its upcoming vehicles, could prove even safer.