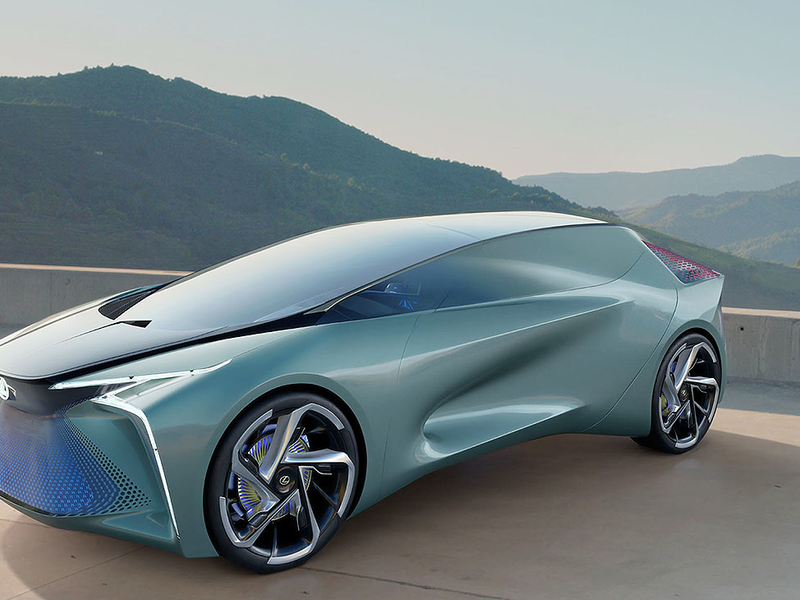 The LF-30 Electrified concept shown at this week’s Tokyo auto show takes the idea to extremes: giant wheels pushed to the edges, a short lid in front where an engine no longer resides, gull-wing doors and a glass roof that provides an augmented-reality look at the sky.

And yes, it’s even envisioned as coming with a hoverboard valet to carry luggage or groceries to or from the car.

While this fanciful concept takes a clean-slate approach to EV design, the brand plans to unveil its first EV for sale next month, and it will be more down to Earth. Lexus hasn’t revealed details of that product, but it will be either an EV version of an existing model or a battery-electric car built on an existing platform.

That’s just the next step for the brand, which launched its first hybrid in 2005 with the RX 400h and now also offers hybrid versions of the UX, NX, ES, LS and RC. By 2025, it will have electrified versions of all its models.

Early in the coming decade, Lexus said, it will introduce its first plug-in hybrid as well as a dedicated platform for EVs.

That dedicated platform, which could be unique from what is used by the Toyota brand, is what the LF-30 concept is trying to imagine.

It would be a Level 4 autonomous vehicle, capable of driving without human input in many situations. In that mode, the steering wheel would recede into the dashboard, and the face of the car — dominated by a massive spindle — would change color to indicate to pedestrians and other drivers that an artificial intelligence system was in control.

But it would also be a car that a person could drive. The concept’s cockpit design was inspired by the idea of tazuna, the Japanese word for “rein,” with controls that the driver relates to like a rider on a horse. Gesture control, augmented reality and controls mounted on the steering wheel are intended to keep eyes on the road while manipulating various functions.

And having electric motors on each of the four wheels would achieve instantaneous adjustments to the vehicle’s posture that Watanabe likened to a “predator chasing prey.”