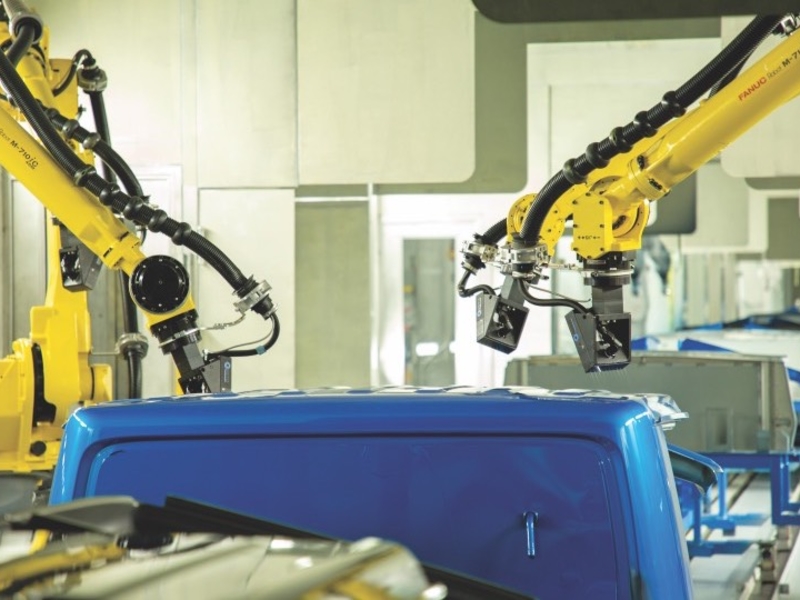 It’s not always good times in the automotive paint sector.

Building paint plants can be a boom-or-bust business. Automakers don’t enter into such projects lightly. They are typically the most expensive and complex piece of a manufacturing operation and can trigger time-consuming regulatory reviews.

But Giffin has captured a big piece of the industry at the moment.

The company has won contracts to build two new paint plants for Fiat Chrysler Automobiles, constructing systems at a new Jeep assembly plant in Detroit and an adjacent plant that’s being retooled. Those projects alone are worth about $1 billion to Giffin.

It also is constructing the turnkey paint plant for a Kenworth Class 8 truck plant in Chillicothe, Ohio.

In addition, component suppliers have Giffin building paint plants in Michigan and Texas, said Richard Giffin, vice president of sales and marketing for the family-owned company.

To keep up with the business, Giffin is constructing a manufacturing plant in Auburn Hills, Mich., doubling its Detroit-area fabricating capacity, he said. The new operation should be finished next month. Giffin fabricates the conveyors, booths, ovens and other components that make up a vehicle paint operation.

Giffin said automakers and major suppliers are in a new phase of investing in paint plants to improve efficiency and reduce their environmental impact.

“Manufacturers are trying to stay on top of which of their products will be in demand in the coming years, where they should be built and what the logistics need to be,” Giffin said. “Paint plant engineering determines how many vehicles an hour can move through a plant.”

He said new paint technologies going into use around the industry are more focused on improved energy efficiency, less water consumption and more environmentally friendly ways of extracting VOC compounds.

Giffin has introduced a system it calls the Elite Scrubber Technology in 18 paint plants over the past two years, including retrofits at a number of General Motors plants, to help manufacturers reduce their environmental impact.

Collecting and disposing of paint overspray and emissions is a critical area in paint shop operations.

Giffin’s proprietary technology introduces a “Venturi effect,” or a vortex of air beneath the spray booth, to pull water through a tube, accelerating its flow and causing it to pick up much of the paint overspray that naturally occurs in the booth.

According to the supplier, the system enables a manufacturer to use less water and less energy to operate fans and other equipment.

“The concept has really caught on around the industry,” Giffin said. “We’re putting the technology into both OEMs and parts suppliers.”