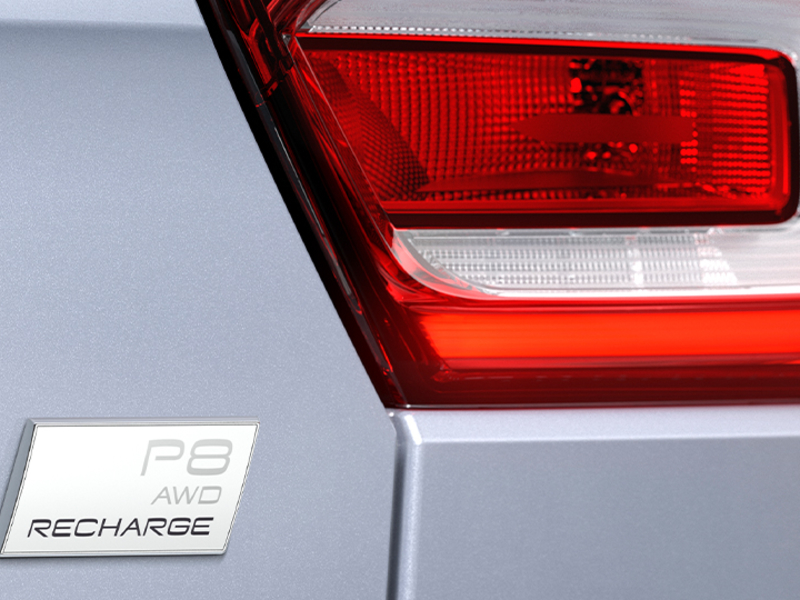 Volvo’s first full-electric vehicle has a lot of additional names that are not essential for every day use, but they do tell a more complete story.

The P comes from the model being pure electric.

AWD is for all-wheel drive and Recharge is name that will be attached to all Volvos that have either a full-electric or a plug-in hybrid powertrain.

While the XC40 EV will launch next year with just one power offering, Jonas Engstrom envisions Volvo adding P models with numbers below the number eight, for example a P6, and said that nothing would prevent Volvo from going to double digits, such as a P10.

“This is the start of a new nomenclature for describing the capacity of the electric vehicle’s battery,” said Engstrom, who is business owner for Volvo’s 40- and 60-series cars. “I cannot provide any specifics about the future, but we are open to going above or below [P8].”

The rest of Volvo’s models will either be T’s or B’s.

The T is taken from the Twin Engine name Volvo uses for its range of plug-in hybrids. The family includes the top-of-the-line T8, which offers a combined 420 hp from its gasoline engine and electric powertrain.

The T family’s other members are the progressively less powerful T6, T5 and T4 plug-in hybrids. The lower the number, the lower the total combined horsepower, but this also results in more affordable prices, helping the models reach a wider audience.

All the T’s will join the Recharge family.

Volvo cars with a B in their names will be 48-volt mild hybrids. The B is taken from the battery charging system that each model has. The new brake-by-wire technology interacts with the energy recovery system and reduces fuel consumption and emissions by recovering kinetic energy while braking, Volvo said in a release.

Volvo will offer both diesel and gasoline models in it B lineup. This means the end for Volvo models with a D in their names. The automaker is determined to slash its reliance on diesels.

Diesels accounted for about 60 percent of the automaker’s sales in Europe this year year, down from 85 percent in 2015. Globally, that number has dropped to about 35 percent from 55 percent during the same time period.

Volvo aims to have its P models account for half its global sales by 2025 while the T and B hybrid families will account for the rest.