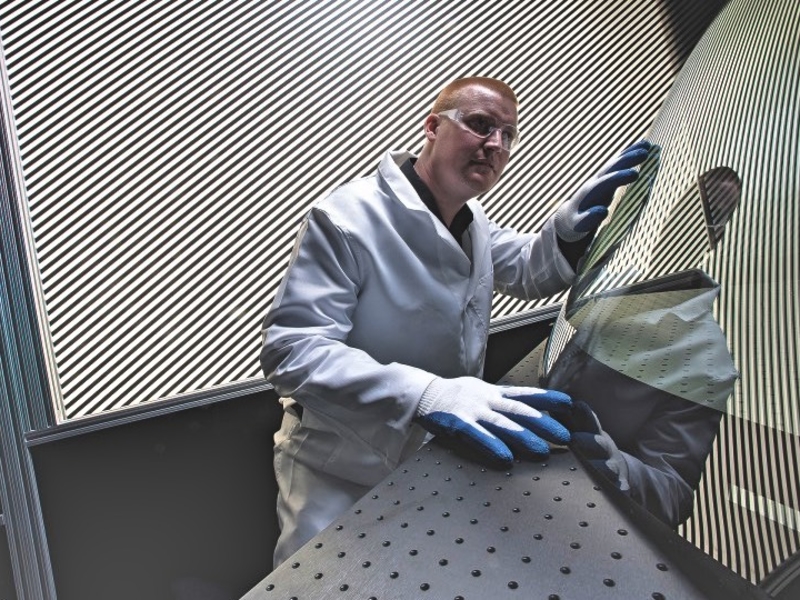 Corning Inc. is making slow progress winning automakers to its Gorilla Glass, a thinner, lighter material that has been used on billions of cellphones, touch screens and other devices over the past decade.

But the supplier says new applications are in the works that will allow it to expand its automotive position. The Corning, N.Y., glassmaker expects to double its automotive business by 2023, up from $1.3 billion last year — and Gorilla Glass is part of the plan.

Last month, it announced the development of a hybrid aftermarket windshield that uses the lightweight Gorilla Glass along with traditional annealed glass through a partnership with Hyperformance Glass Products. The hybrid windshield, designed to be a more flexible, thinner and stronger product, will supply Ford F-series pickup owners.

Several more vehicle applications are planned for the hybrid glass next year, according to Corning. They include multipanel windows and ultralightweight windows.

Further possibilities with glass are on the horizon, as innovations to interior displays and cluster arrangements and formations open new applications for the industry.

So far, Gorilla Glass has been featured in the Ford GT’s windshield and engine cover, the BMW i8‘s acoustic separation panel and the Porsche 911 GT2 RS’ and 911 GT3 RS’ back light and rear quarter light.

Gorilla Glass also is available for the Jeep Wrangler with its aftermarket Mopar Windshield.

Corning acknowledges that automakers have been hesitant to embrace more complex glass for original-equipment windshields. But demand for lighter-weight materials is coming as auto companies cope with fuel economy regulations and the need to lighten the load to enable EVs to go farther on a battery charge.

“What we’re doing is bringing technical glass into the automobile sector to be able to help OEMs and the supply chain, which is going through tremendous disruptive change today,” said Mike Kunigonis, vice president of auto glass solutions at Corning. “There’s more connectivity in cars, more electrification in cars, there’s more autonomous cars out there, and the business model for how folks are working in this market is changing. There’s more shared mobility.”

Some suppliers, including Continental, have begun using more connected display technology. But one concern with such data displays is that, if the glass is broken, the electronics might require recalibration.

In the new hybrid windshield, traditional soda-lime glass is used as the outer ply with Gorilla Glass on the inner ply. The idea behind a hybrid windshield that offers greater strength is to ease automaker concerns about the hefty repair cost of replacing glass that has advanced displays, Brisley said.

Some autos already have in-glass laminated cluster displays on the windshield for information typically found on the dashboard.

“The idea would be, as you’re filling your gas tank or plugging in your electric vehicle, you can check all the respective things that your vehicle, like your temperature, your windshield washer fluid, your monitors could be reading out there,” Brisley said of the glass displays, “as well as anything else you want to put in there, either internal to the cabin or external.”