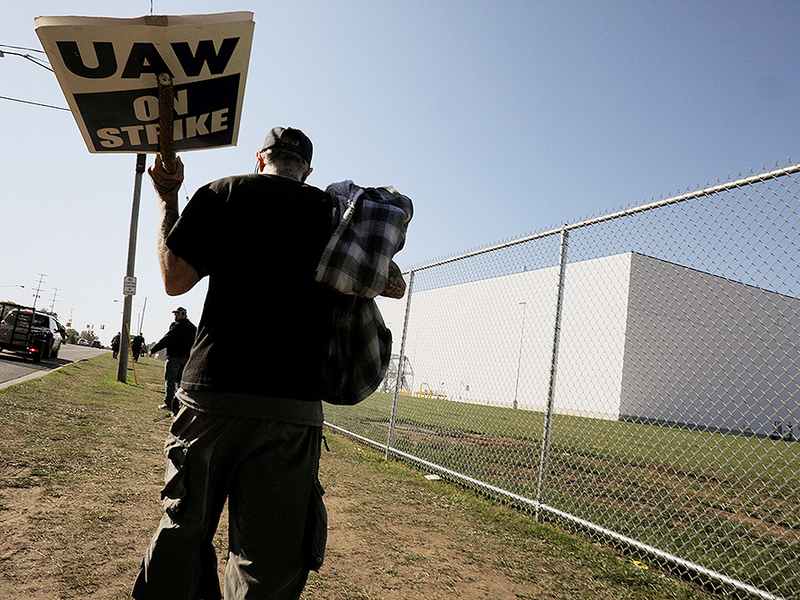 DETROIT — Hourly UAW members at General Motors have ratified, according to projections by Automotive News, a four-year labor pact that includes significant wage gains and bonuses. The vote, which officially concludes at 4 p.m. Eastern time Friday, would end a 40-day national strike that has idled plants in three countries.

Unofficial results compiled by Automotive News show that 56 percent of production workers and 66 percent of skilled-trades employees voted in favor of the deal. With 93 percent of votes accounted for the deal is mathematically assured of passage.

A simple majority of workers within each group is required to secure ratification.

The union’s council of local leaders from GM plants and warehouses across the country agreed last week to continue the strike until the tentative deal was ratified. It was not immediately clear when union employees would return to work, although members of UAW Local 598, representing Flint Assembly in Michigan, had been told to prepare to work Saturday.

In the deal, GM committed to investing $7.7 billion in its U.S. plants to create or retain about 9,000 jobs. The total amount of investment through 2023 could reach $9 billion, including $1.3 billion to start battery-cell production near Lordstown, Ohio, through a joint venture.

The automaker won the ability to close three plants, including Lordstown Assembly, but has pledged to give Detroit-Hamtramck Assembly, which was slated for closure in January, new life building electric trucks and vans though a $3 billion investment.

The pact also calls for shuttering a training center jointly run by the UAW and GM. The UAW’s GM and Fiat Chrysler Automobiles training centers have been at the center of an ongoing federal corruption probe that has resulted in guilty pleas by 10 former union and automaker officials. A current UAW regional director also has been charged and is on leave from his job as a result.

The deal includes a pathway for temporary workers to become full-time employees and will bring all current full-time workers to a top wage rate of $32.32 by the end of the four years.

Full-time workers receive a $11,000 ratification bonus, while temporary workers get $4,500. The first of two 4 percent lump-sum bonuses in the deal also is scheduled to be paid next month.

It took roughly five weeks of intense bargaining after the start of the strike for the two sides to come to an agreement. Talks were at times heated, with both sides exchanging public statements accusing the other of playing games and stalling the process. GM CEO Mary Barra stepped in at one point to help break the impasse.

The ratification vote, held over the past week, exposed a divide among members. Many who voted no were upset the union wasn’t able to save the closed plants in Ohio, Michigan and Maryland and that the deal did not include promises to return any production from Mexico.

A small group of employees with a parts subsidiary, General Motors Components Holdings, voted heavily against the deal, angered it didn’t offer more job security or bring them to even wages with their GM counterparts.

Now, the union must turn to either Ford Motor Co. or FCA in search of its next deal. UAW negotiators have reported some progress in talks with both companies, though they had to wait until GM was finished before discussing most major economic issues because the union aims to use the first deal it reaches as the framework for the other two.