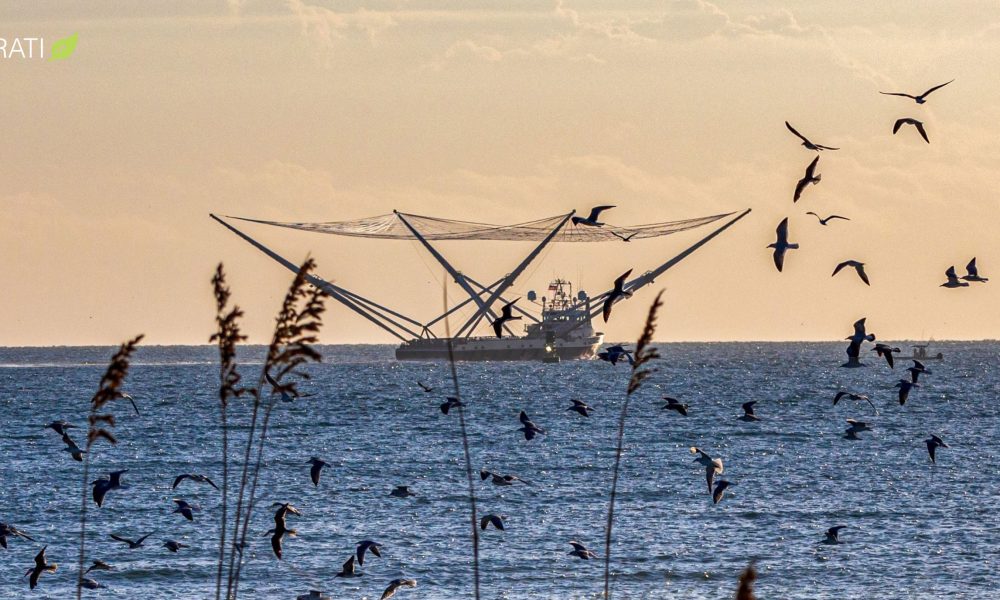 After a brief installation period, SpaceX’s second Falcon 9 fairing-catching ship departed Port Canaveral to begin sea trials with its new net and arms, a critical step before it can be declared ready to attempt its first fairing recovery.

Known as GO Ms. Chief, the ship’s first opportunity could come as early as a few weeks from now, potentially marking a major milestone for SpaceX’s fairing recovery and reuse program.

On his first shoot for Teslarati, photographer Richard Angle (@RDAnglePhoto) managed to capture Ms. Chief while departing Port Canaveral on October 23rd, heading a few miles off the coast to kick off sea trials likely focused on proving out a wide range of new hardware installed in the last month. Those trials began less than 24 hours after technicians installed Ms. Chief’s recovery net for the first time ever, with the ship’s subsequent trip into the Atlantic Ocean essentially marking the completion of her transformation from fast supply vessel (FSV) to SpaceX fairing catcher.

SpaceX is currently in the midst of its longest lull in launch activity since September 2016, likely triggered by the unavailability of customer payloads and the company’s own internal Starlink missions. Unfortunately, although the lull was initially expected to end as early as mid-October, the internal Starlink launch (Starlink-1) expected to lead the charge slipped about a month for unknown reasons and is now expected no earlier than November – likely in the second half of the month.

As a small consolation, Starlink-1’s launch delays mean that the newly-outfitted Ms. Chief may be able to inaugurate its new net and arms by attempting to recover one of the mission’s Falcon 9 fairing halves, while the nearly identical GO Ms. Tree attempts to snag the other half. Even if more tweaking and sea trials are needed to prove her readiness, SpaceX’s next launch is still likely several weeks away, hopefully giving the company’s recovery team plenty of time to prepare Ms. Chief and practice recovery operations.

As of October 2019, SpaceX has successfully caught two Falcon fairing halves during the company’s last two back-to-back recovery attempts, beginning with a Falcon Heavy fairing half caught on June 25th and ending with a Falcon 9 fairing half caught on August 7th. Beyond Ms. Tree’s two catches, SpaceX has successfully recovered a number of additional fairing halves after they performed soft landings in the Atlantic Ocean, including both halves launched in May 2019 for the company’s first dedicated Starlink mission.

Given that SpaceX has technically caught two halves of a payload fairing, it’s possible that one is female and the other male, potentially meaning that one of SpaceX’s upcoming Starlink launches could feature the first fully-reused Falcon 9 fairing. Regardless, assuming one or both were recovered in good condition, it’s even more likely that at least one half (with the other half new) will be reused on one (or both) of those upcoming flights.

Said by CEO Elon Musk to make up approximately 10% of the cost of a new Falcon 9 (~$6M), routine fairing recovery and reuse would close the last remaining loop for Falcon 9 reusability, with boosters and fairings accounting for roughly 75-80% of the total cost of the rocket. SpaceX has no plans to attempt to recover or reuse Falcon 9’s second stage, choosing instead to prioritize development of the fully-reusable Starship launch vehicle.

Preparing the oven-cured carbon composite shells that make up the bulk of SpaceX’s Falcon fairings takes a disproportionate amount of time and factory floor space. Even if Falcon fairings can only be reused once or twice, it would effectively double or triple the effectiveness of the current manufacturing apparatus, cutting the relative cost of production by 50% or more for the price of operating Ms. Tree and Ms. Chief.

Fairing reuse will be a critical part of ensuring that the first phase of SpaceX’s Starlink constellation can be launched as affordably as possible on Falcon 9. With at least 24 launches needed to cover most populated areas, cutting even a few million dollars per launch could produce savings on the order of $100M, equivalent to the production cost of 100-200 Starlink satellites.