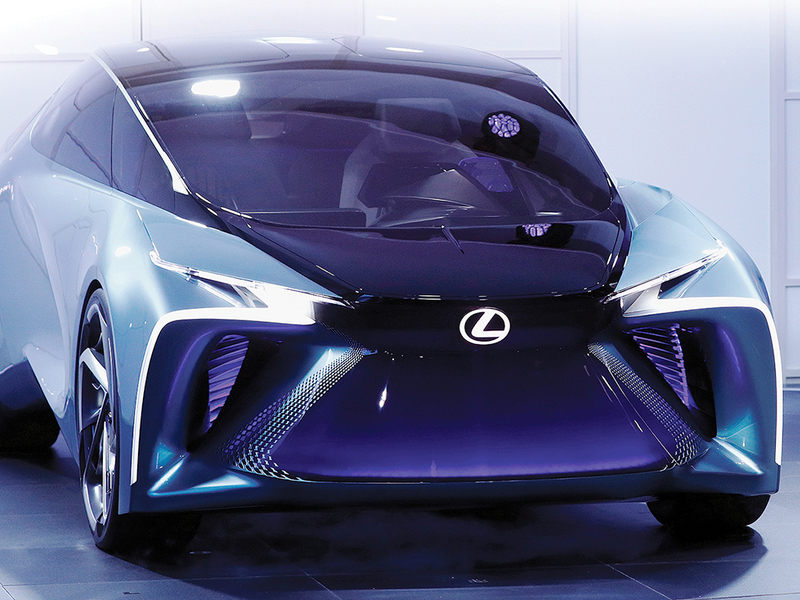 TOKYO — Even though Lexus unveiled a futuristic electric vehicle concept and promised a production EV in the coming weeks, Toyota Motor Corp.’s luxury brand still sees that technology having limited appeal for many years to come.

Speaking with a handful of American journalists last week on the sidelines of the Tokyo Motor Show, brand President Yoshihiro Sawa said Lexus is committed to meeting local market needs and regulatory demands with an array of powertrains, including plug-in autos that may or may not include an engine.

Early in the next decade, Lexus will develop a dedicated platform for EVs and a plug-in hybrid model. By 2025, the brand will offer electrified versions of every model.

“We try to provide the suitable plan for the suitable market,” he said. But tastes, infrastructure and environmental policies vary by region, so while China and California insist on zero-emission vehicles such as battery-electric vehicles and fuel cell-powered cars, consumers in Midwest states with limited infrastructure may prefer hybrids or efficient gasoline-powered autos.

“Gradually, electrification should be done,” he said, “but I think it takes several years.”

His comments came before Democrat Chuck Schumer, the minority leader in the U.S. Senate, proposed spending $454 billion over 10 years to build charging stations and subsidize the sale of electric, plug-in hybrid and fuel cell vehicles.

Sawa stressed the need to be vigilant and respond to market demand.

“If the people want to buy our EVs,” even in states where demand is now low, he said, “then, of course — why not?”

Toyota and Lexus are seen as late to the EV market, but Sawa stressed that Lexus has been a “pioneer” in hybrid development, selling more electrified autos than all other luxury brands combined. “That means that we’ve reduced … a huge amount of CO2 already,” he said, referring to carbon dioxide, which scientists say drives global climate change.

Earlier in the week, Shigeki Terashi, who leads Toyota’s efforts on zero-emission vehicles, stressed that clean vehicles don’t actually help the environment if people don’t buy them and use them in place of fuel-burning autos.

“Very frankly and honestly speaking, the market where the hybrid is not selling well is the U.S.,” he said. U.S. consumers’ unwillingness to pay for hybrids reflects the market’s desire for SUVs and larger vehicles, Terashi added.

At the auto show roundtable meeting, Koji Sato, executive vice president for Lexus International, noted that hybrid buyers of luxury autos tend to have different needs than those who buy a Prius or other Toyota brand hybrid — they want the power and torque of an electric motor more than the opportunity to simply save a bit of fuel.

The variety of needs among the world’s luxury consumers, and the range of regulatory frameworks, is why Lexus is developing a portfolio of efficient powertrains, he said.

“That’s why we have to have some variety of the technology,” Sato said. “That’s our basic electrification strategy.”