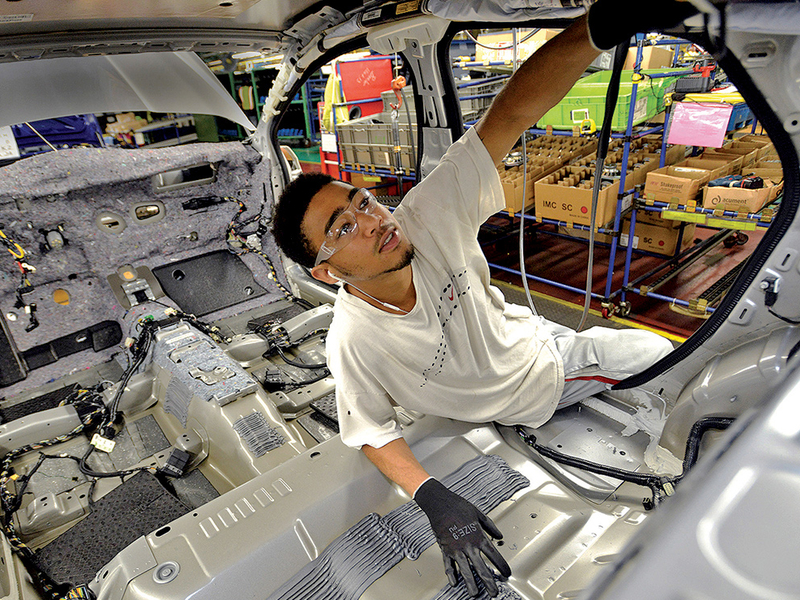 DETROIT — Ford Motor Co. is changing course a third time in as many years with its Mustang assembly plant in Michigan, nixing plans to make a new model there and tentatively shifting production to a factory in Ohio, people familiar with the matter told Bloomberg.

Ford no longer intends to build EVs alongside Mustangs at its plant in Flat Rock, Mich., south of Detroit, according to the people, who asked not to be identified. The product now appears to be heading to the automaker’s plant in Avon Lake, Ohio, near Cleveland, where it’s investing $900 million to build an unspecified new product in 2023.

The UAW outlined the Ohio investment Friday in a document highlighting the tentative agreement the union reached with Ford earlier this week. Workers will start voting on the contract on Nov. 4.

Roughly a year and a half after moving production of a future electric utility vehicle to Mexico from Flat Rock, Ford said in March it planned to build other battery-powered models there and add a second shift of workers by 2023. The apparent switch to Ohio leaves the factory making only the Mustang and the Lincoln Continental sedan.

Flat Rock stopped assembling Fusion sedans in 2016. U.S. sales were down 10 percent for the Mustang and 25 percent for the Continental this year through September. The UAW’s highlights of its agreement with Ford say the company has agreed to build an all-new Mustang in Flat Rock and invest $250 million in the facility.

To keep the underutilized Flat Rock plant open, Ford committed to a “viability strategy” that includes “continuing to explore future opportunities” to find new products for the factory over the next four years, according to the union document. The contract also protects Flat Rock by including it in a moratorium on plant closings and sales during the life of the four-year deal.