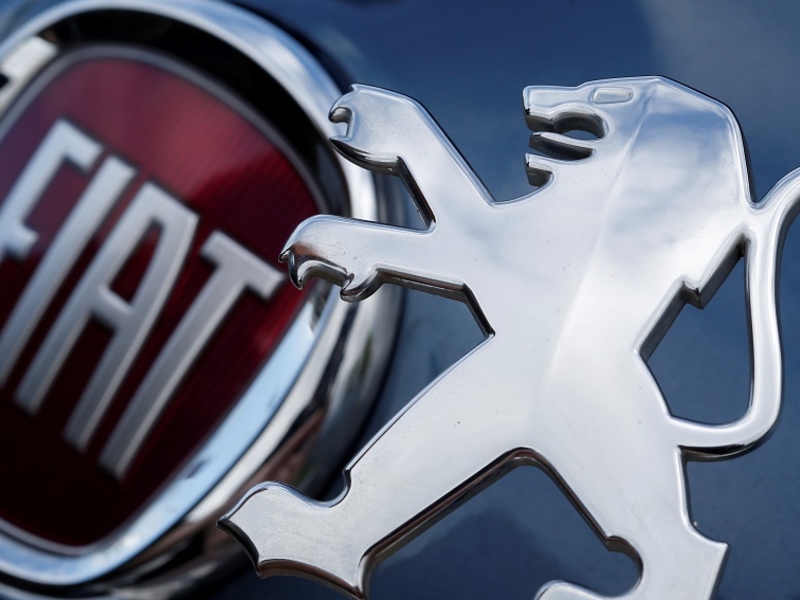 Late in May, John Elkann was back in Paris. The city had become a frequent destination for the scion of the Italian Fiat clan as he worked to get a combination with Renault over the line. But days before announcing the deal, Elkann walked into the apartment in the affluent 16th district of an unusual dinner companion: Robert Peugeot, a descendant of the namesake carmaker and Renault arch rival.

The two men, powerful representatives of their family empires, had known each other for a long time and had forged a friendly relationship. Now that Fiat Chrysler Automobiles NV was about to get into bed with the competition, that connection was being put to the test.

After all, Carlos Tavares, the chief executive officer of Peugeot parent PSA, had let it be known that he, too, was on the lookout for an ally. And to many industry experts, Fiat Chrysler and PSA seemed a better match than the French competition, with its complicated Japanese alliance and a strong-willed government as the biggest shareholder.

When Fiat Chrysler and Renault announced their merger on May 27, it didn’t take long for Tavares to pour acid on the plan, calling the transaction “particularly opportunistic” for Fiat Chrysler and a “virtual takeover” of Renault, a view that didn’t sit well back at Fiat in Turin.

The pessimism proved prescient. The transaction collapsed only a week later after the French government ratcheted up demands and the complexity of Renault’s strained alliance with Nissan proved insurmountable. Elkann pulled the plug in a make-or-break board meeting.

The failure gave Tavares another shot at Fiat Chrysler, and ever the dealmaker, he wasn’t willing to let it slip through his hands a second time. This story recounts how the companies spent months piecing together the transaction announced this week. It’s based on accounts of people close to the negotiations, who spoke on condition of anonymity discussing private meetings.

Fiat Chrysler, PSA and officials at the French government declined to comment

The idea of combining PSA and Fiat Chrysler had been around for years, but talks gained momentum at the start of 2019. In the clubby automotive world, executives routinely rubbed shoulders at industry events like car shows to discuss scenarios; the French government, for its part, made no secret of the fact that it preferred PSA and Fiat Chrysler merge rather than Renault, and representatives of the Finance Ministry met regularly with Tavares, Elkann and Robert Peugeot to explore that avenue.

Tavares has a track record as a shrewd operator in the vein of the late Sergio Marchionne, propagating the need for global alliances that can wring savings from factories and pool resources on expensive developments.

He had proven his knack at turnarounds with his purchase of Opel two years ago, an asset rich in heritage but hopeless at making money. The Portuguese executive had also explored partners like Jaguar Land Rover, yet while the British brand promised some good technology, it didn’t offer the transformational splash that Tavares sought for his next big deal.

By August, with the Renault deal in shambles, the Fiat-Peugeot push picked up speed. Finance Minister Bruno Le Maire worked the phones with both automakers from his vacation in Greece. But a deal proved elusive, with too many unresolved issues and strategic differences, and the parties decided they needed more time.

Le Maire had made his thoughts known publicly on how he viewed Italian negotiation tactics. Speaking in July about European Union decision-making, the minister proclaimed that the Italian “loves deal-making so much that he continues dealing even when there is already a deal,” an observation that applied to Elkann’s shuttle diplomacy over the months.

Tavares opened another channel to Mike Manley, the Fiat Chrysler CEO who had taken the job after Marchionne passed away suddenly last year. The two engineers had known each other for more than a decade and had a good relationship, sending each other text messages frequently.

Talks picked up again after the August hiatus.

In September, the two executives met at the Frankfurt car show to push along the idea of a full-blown merger. While the Renault plan had collapsed spectacularly in a short space of time, there remained a lingering concern in the Tavares camp that they might come back to try again, something the CEO was determined to avoid.

Pressure was also building from within the industry as car sales slumped in big markets like Europe and China. New regulation on tighter emissions was squeezing carmakers, increasing the need to find strong partners. And the drive to an electric future was eating into margins as development costs kept rising.

By October, the possibility of a combination — code-named Stella — was within reach. The breakthrough came in a four-hour weekend session in Paris between Tavares and Elkann, when they hashed out final details.

The following week, news of a pending deal had begun leaking out, and the two sides confirmed their plan to merge shortly thereafter.

The deal would complete a turnaround for PSA, which five years ago was given a lifeline from Chinese carmaker Dongfeng Motor Corp. and the French government, with the Peugeot family relinquishing control.

Now the clan has an option to increase its stake in the carmaker, which traces its roots to the metals industry of the 19th century.

The transaction also caps the Agnelli dynasty’s revival over the past 15 years under Elkann and secures the future of an Italian carmaker founded in 1899.

“The strength of this merger is that it’s a pact between two of the most iconic European families,” said Carlo Alberto Carnevale Maffe, a professor at Bocconi University in Milan. “More than a financial deal, it’s a wedding that combines different traditions.”