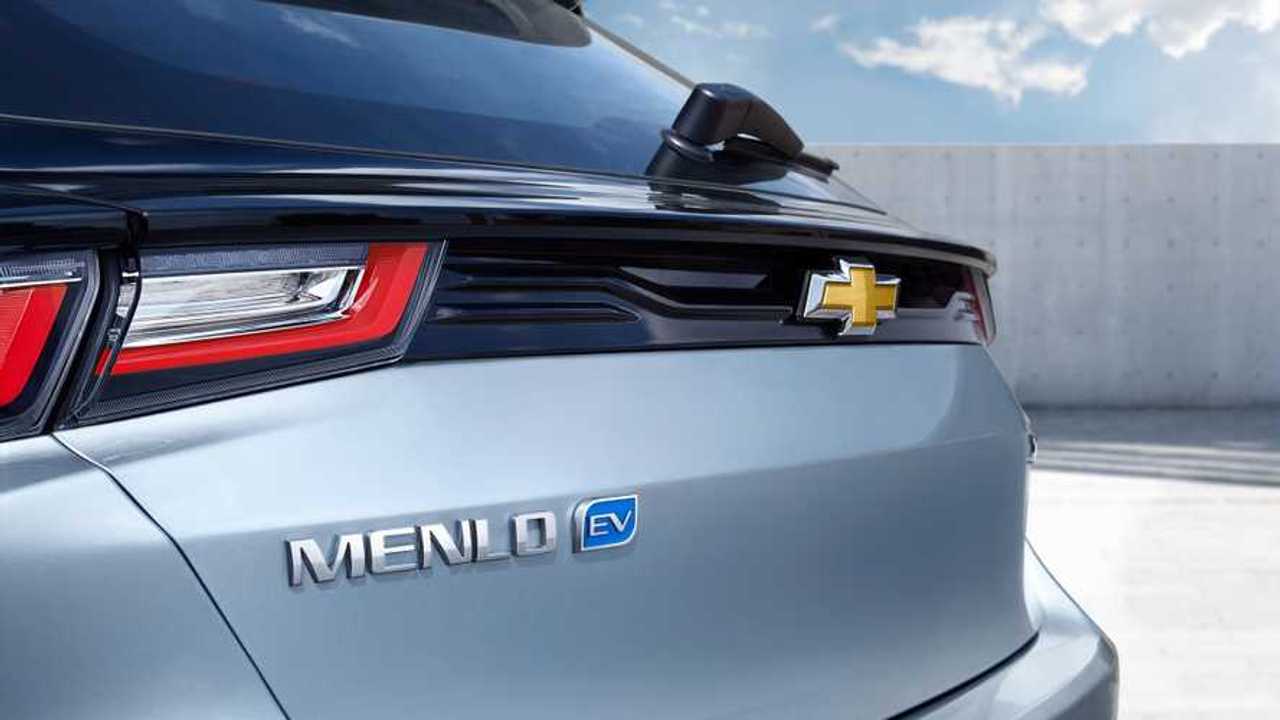 The Chevrolet brand joins Buick in the EV offensive in China. The first BEV will debut on Friday.

The Chevrolet brand announced the launch of its first electric car in the Chinese market – the all-electric Chevrolet Menlo EV, which was rumored at earlier this year.

The global debut is scheduled for November 8, at the 2019 Chevrolet Gala Night in Hefei, Anhui.

Previous reports about the electric Menlo showed a crossover prototype, which makes this “sedan” type an incomprehensible surprise. We seriously doubt the “sedan” wording, as the teaser image clearly shows a rear wiper – something that is not needed in sedans (in opposite to more narrow rears).

We fully expect the Chevrolet Menlo EV to be some kind of crossover/SUV.

“The Chevrolet Menlo will help meet the needs of the growing number of car buyers across China who wish to drive a new energy vehicle. It will also help promote vehicles powered by electricity and increase their acceptance by consumers.

The Chevrolet Menlo is a sporty-looking sedan that leverages GM’s highly efficient and reliable electric propulsion and intelligent connectivity technology. Its design was inspired by the Chevrolet FNR-X all-purpose sports concept vehicle.

Chevrolet has long been committed to electrification in China, its second-largest market.

Chevrolet introduced the Volt, its first extended-range electric vehicle, in China in 2011. It demonstrated the EN-V 2.0, the second generation of the Electric Networked-Vehicle that was shown at the SAIC-GM Pavilion at World Expo 2010 Shanghai, from 2015 to 2017.”

The FNR-X was actually pretty cool: