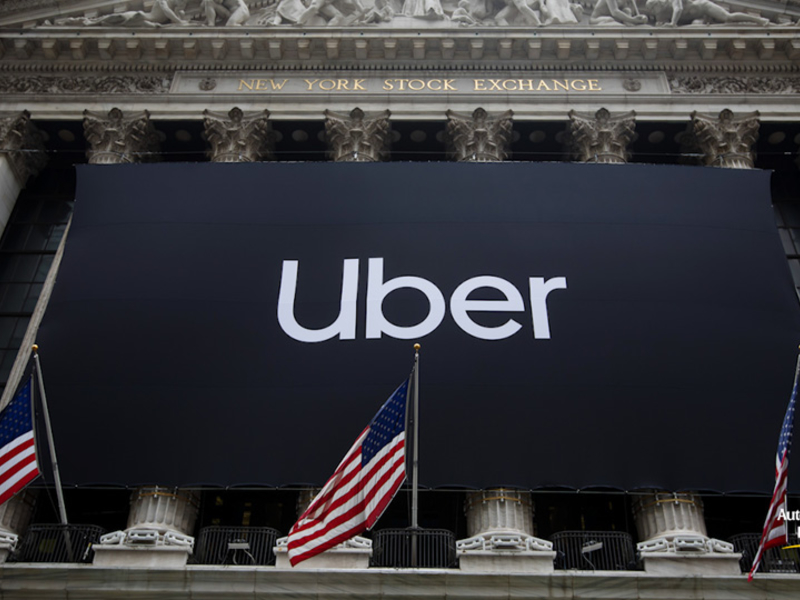 The ride-hailing company beat estimates for quarterly revenue and loss, improved its annual loss forecast and pledged to turn a profit by 2021. Those weren’t enough to lift the stock, though. Shares were down about 5 percent in extended trading after the quarterly report.

The results come as the San Francisco-based company seeks to assure investors it can evolve from a ride-hailing service to a global all-in-one transportation platform.

On a conference call with reporters following the report, Uber executives said the company would spend less aggressively and turn an adjusted profit in 2021.

“We will be driving discipline across the company and only doing investments that we can afford,” said CEO Dara Khosrowshahi.

The forecast echoed a commitment from its smaller rival, Lyft Inc., which said it would be profitable by the fourth quarter of 2021, a year earlier than previously expected. Lyft, which focuses exclusively on transportation, blew past analysts’ third-quarter estimates when it reported results last week.

Khosrowshahi has sought to reign in spending, slicing roughly 1,200 positions from sales and marketing, engineering and product. Like Lyft, Uber has also cut back on rider discounts and driver incentives in a bid to improve margins and narrow losses.

Since going public in May, Uber investors have punished the company for its growth-at-all-costs strategy. The stock closed Monday at $31.08, well below the $45 IPO price.

Profitability may still be a couple years away, but Uber ended the third quarter with about $12.7 billion in cash, suggesting plans to continue investing in growth. Adjusted loss for the quarter widened to $585 million, compared with $485 million during the same period last year.

Quarterly adjusted revenue increased 33 percent to $3.5 billion. Uber revised its annual loss forecast to between $2.8 billion and $2.9 billion, an improvement of $250 million.

It’ll need to do more to attract customers. Monthly active platform users, meaning those who ordered food or a ride one or more times during the quarter, was 103 million, up 26 percent. Analysts expected 107 million. Gross bookings, a measure of the total value of rides, food orders and other businesses, were $16.5 billion, compared with estimates of $16.7 billion. Food delivery was especially disappointing.

More pricing pressure could come next year. California legislation designed to push Uber, Lyft, DoorDash Inc. and other gig-economy companies to reclassify independent contractors as employees goes into effect in January and could increase costs in the state by as much as 30 percent, according to analyst estimates. The three tech companies are gathering signatures now to challenge the law with a competing ballot initiative in a year.