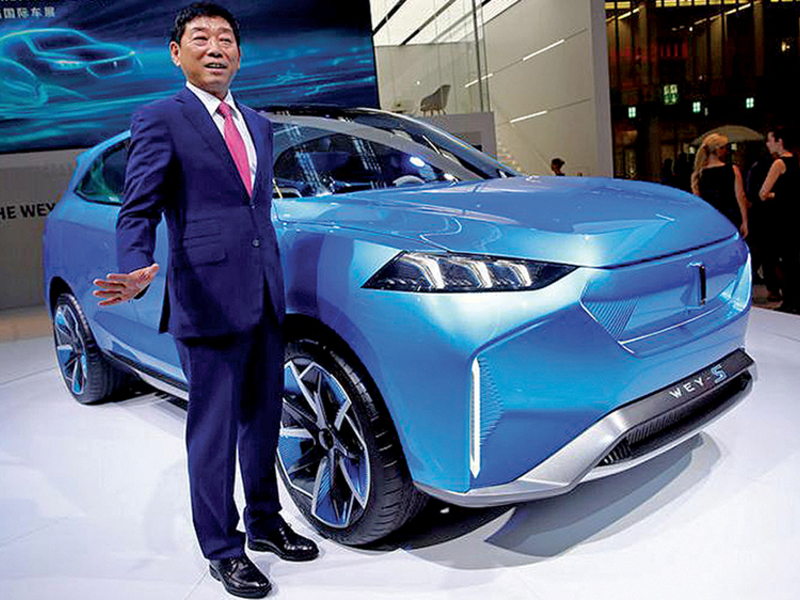 SHANGHAI — China’s domestic automakers still aspire to establish a presence in mature markets outside Asia, even though they have largely limited their exports so far to emerging markets.

Europe and the United States have been obvious targets. But the prolonged trade dispute between Beijing and the Trump administration has pushed them to focus more on Western Europe of late instead of the U.S.

In 2005, state-owned Nanjing Auto purchased the MG brand from bankrupt U.K. automaker MG Rover. Within a year, a strategy was hatched to build and sell vehicles in the U.S. and the United Kingdom, in addition to China.

The 2007 purchase of Nanjing by another stated-owned automaker, SAIC Motor Corp., and the global recession that followed threw those plans off track. Now, Europe is SAIC’s focus, and the U.S. is not.

This year, the company conducted road tests for the full-electric variant of the MG EZ, a compact crossover, in Spain, France, Belgium, Germany, Luxembourg and the United Kingdom. In July, SAIC said it had begun shipping the EZ to the U.K., Netherlands and Norway.

At the Frankfurt auto show in September, Great Wall Motor Co. announced plans to distribute vehicles under its premium brand, Wey, in Western Europe within two years, starting with Germany.

This year, Great Wall opened an assembly plant in Russia. At that event, Chairman Wei Jianjun was asked why domestic Chinese carmakers should sell their cars globally when their home is the world’s largest new-car market.

His explanation to the Chinese media: After competing with domestic rivals on price for so long, it’s time for Chinese carmakers to compete on brand strength. And as worldwide operations are a must for any car company with true international standing, Chinese brands must go global, he added. He also said that he has joked with staffers about weighing the risks of venturing far from home. The verdict: “Great Wall would rather take the challenge, even if it means dying abroad.”

In Frankfurt, Wei said entering the U.S. remains an ambition for the company, 11 years after proclaiming its “ultimate goal” was to sell cars there. That same month, Great Wall signed up Swedish supplier Autoliv Inc. to help research road safety in North America and better prepare its vehicles for the market — whenever they might arrive.

In 2017, Zhejiang Geely Holding Group started sales of the first product, a compact crossover, under Lynk & CO — a brand jointly owned by the leading Chinese carmaker and its Swedish subsidiary, Volvo Car Corp.

Back then, Geely also planned to sell Lynk & CO’s products, which share the platform with the Volvo XC40, in Europe and U.S. in the next few years.

Last week, Geely announced that it would start distributing Lynk & CO vehicles in Europe next year. The company has yet to disclose a timeframe for when to take the brand to the U.S.

Two prototypes of a full-electric crossover developed by EV startup Aiways also arrived in time for Frankfurt after completing an 8,843-mile journey from the northwestern China city of Xi’an. Aiways plans to begin sales in Europe in April.