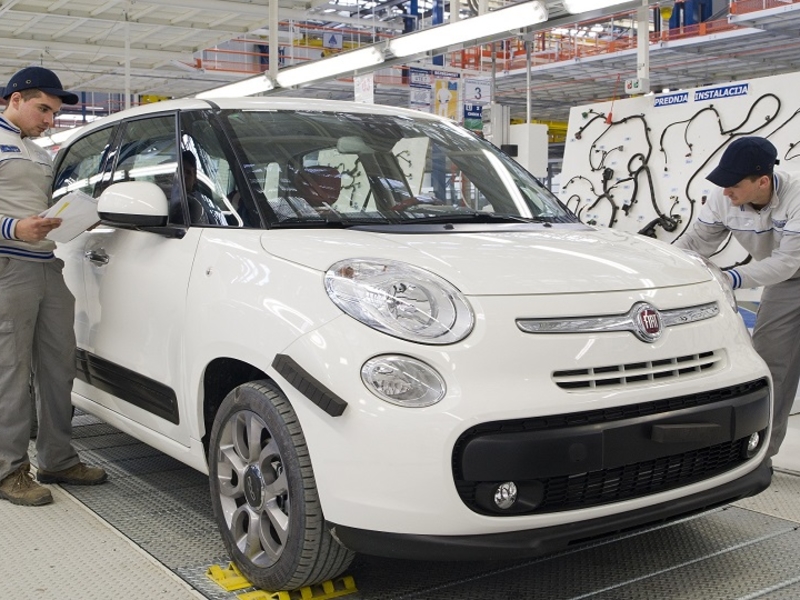 FRANKFURT — Fiat Chrysler Automobiles and PSA Group have said they will not to close factories if they merge but this promise is likely to come under heavy strain as the combined group would have spare production capacity of almost 6 million vehicles in a slowing autos market.

The companies last week unveiled plans to create a $50 billion (£39 billion) group that would leapfrog Hyundai, General Motors, Ford and Honda to become the world’s No.4 automaker, based on their combined 8.7 million vehicles sold last year.

FCA and PSA would have potential manufacturing capacity of 14 million vehicles, forecasters LMC Automotive said. But the industry has entered a downturn and the European small-car market in particular, where both PSA and FCA are heavily exposed, is under pressure.

“The utilization rate would be low at 58 percent, which would leave the group with almost six million units of spare capacity worldwide,” LMC Automotive said. “Europe is likely to bear the brunt of any potential plant closures.”

Low volume manufacturing plants in Europe are increasingly vulnerable, such as Fiat’s Kragujevac factory in Serbia and PSA’s Vauxhall plants in Ellesmere Port and Luton in Britain, LMC said.

Labor unions and politicians have already voiced concerns about job losses, and both France-based PSA and Italian-American FCA have ruled out factory closures in an attempt to quell fears.

But a deadline to meet 2021 and 2025 emissions goals in Europe adds pressure on FCA to adopt PSA’s more efficient engines, calling into question some of FCA’s engine plants in Europe, mainly in Italy, as well as in Poland, in particular.

FCA’s Fiat, Lancia and Alfa Romeo brands currently source their engines from plants in Termoli and Pratola Serra in Italy, as well as the Bielsko-Biala plant in Poland.

“In terms of engine plants, it is likely that in the long term, one or two FCA plants in Europe would no longer be needed,” LMC said.

PSA has major engine manufacturing operations in Tremery and Douvrin in France, and has also retooled a former GM factory in Szentgotthard, Hungary.

PSA has already helped Opel, bought from General Motors in 2017, to make progress with emissions targets by rolling out the group’s small-car platform and engines to the Opel factory in Zaragossa, Spain, where it builds the Opel Corsa.

PSA’s CMP platform is now used in factories in Poissy, France; Trnava, Slovakia; and Kenitra, Morocco to build Peugeot, Citroen and DS branded vehicles, and could be extended to fit FCAs Lancia, Alfa Romeo and Fiat models to boost economies of scale.

The market for small cars is under pressure because emissions rules are forcing entry level cars to add complex catalytic converters, making them less affordable.

“Under the new CO2 targets these cars will need to get several updates that will be expensive. This will force some players to drop some of these models as the level of investment is very high,” according to Felipe Munoz, global analyst at JATO Dynamics, a forecasting firm.

PSA has already axed the Opel Adam and Karl minicars because it became uneconomical to make these entry level vehicles emissions compliant. Meanwhile, Ford has dropped its Ka model, which shared a platform with FCA’s Fiat 500.

Overall, the market share of cars in the A and B (mini and subcompact) segments is expected to shrink to 38 percent in Europe by 2021, down from 40 percent last year, whereas demand for SUVs is expected to hold up well, LMC’s Sammy Chan said.

The focus for a merged FCA and PSA will be Europe, “where sub-scale product lines, powertrains and future EV (electric vehicle) investments could be combined,” Bernstein Research analyst Max Warburton, said in a recent note.

Starlink is coming to Haiti
Amazon backed out of taking a stake in Argo. Then the self-driving startup folded
GM reveals Chevy FNR-XE concept in China as one of 15 EVs set to debut by 2025
Mazda Announces Full-Scale Launch Of BEVs In 2028-2030
US: More Than 70% Of Plug-Ins On Road Were Assembled In North America