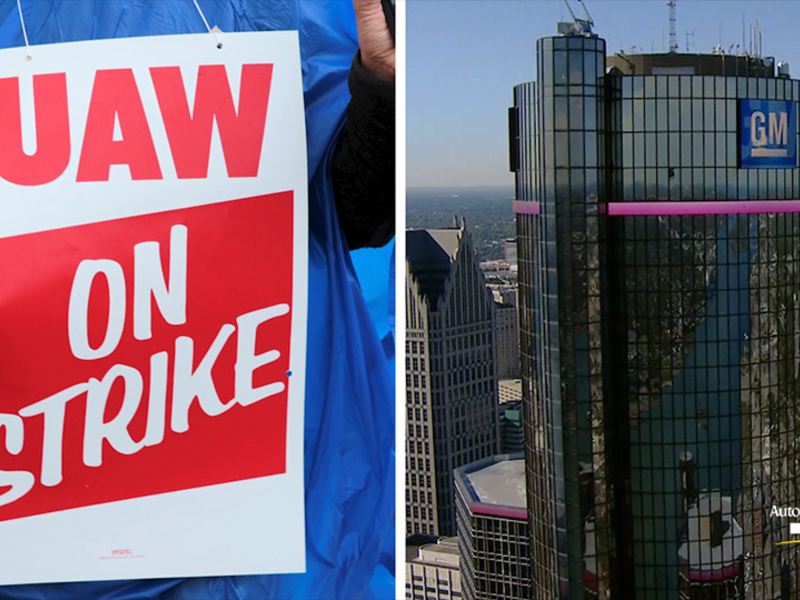 DETROIT — General Motors projects the cost of the UAW’s 40-day strike to be almost $3 billion, but the new labor pact that emerged from it takes the automaker one step closer to an electrified future.

“We see a huge opportunity in electrification, and that’s why we’re investing,” CEO Mary Barra told analysts on GM’s earnings call. “Our technology road maps that we have for [battery] cell development are going to well position us.”

The contract calls for GM to invest $3 billion in the Detroit-Hamtramck Assembly plant, which was scheduled to close but instead will stay open to build electric trucks, vans and battery modules. The company plans to spend $4.7 billion retooling and refurbishing other U.S. plants.

Although the deal adds to GM’s labor costs with wage increases and bonuses, it allowed the automaker to shut down three underutilized plants and pursue its zero-emissions vision. Getting the deal meant withstanding a strike that dragged down earnings by $1 billion in the third quarter and is projected to result in a nearly $2 billion hit in the fourth quarter.

Job security was a hot-button issue at the bargaining table as GM planned plant closures and mapped out an EV future. GM has said it would launch 20 all-electric and fuel cell vehicles globally by 2023.

GM and the UAW agreed to create a national committee to discuss the impact of advanced technology on UAW members. The committee will tour GM’s tech centers to learn about its long-term manufacturing vision and upcoming electric and autonomous vehicles, review plans for new technology at UAW facilities and ensure that UAW members are properly trained before launches.

Over the next five years, Barra expects to devote more r&d dollars and plant investments to EV production than internal-combustion vehicles.

But that doesn’t mean transmission and engine plants will disappear anytime soon, Barra said. Battery-electric vehicles made up only 1.6 percent of U.S. retail sales this year through July, according to J.D. Power.

“The balance of the vehicles being sold in the country are internal-combustion engine vehicles. We’re well positioned because we’ve renewed all those architectures and we’ve invested in very efficient internal-combustion engine technology that will continue to improve,” Barra said. “And there are components in the drive unit from an EV perspective that need to be built somewhere.”

“You’ve got to look at the whole vehicle, not just the propulsion system,” she added.

GM has prioritized lightweighting, especially in EVs. “Lightweighting is so important across every component,” Barra said. “From a body structure’s perspective, that lightweighting generally requires a little bit more labor.”

We’re Taking The 2022 Lexus GX 460 On A 2,000 Mile Roadtrip; What Do You Want To Know About It?
Lordstown Motors starts deliveries on Endurance pickups
Tesla is set for a record breaking Q4 in Norway
NYC Futuristic Robotic Parking Systems Cost Luxury Residents At Least $300,000 Per Space
GM advertising agency Campbell Ewald names its first woman CEO