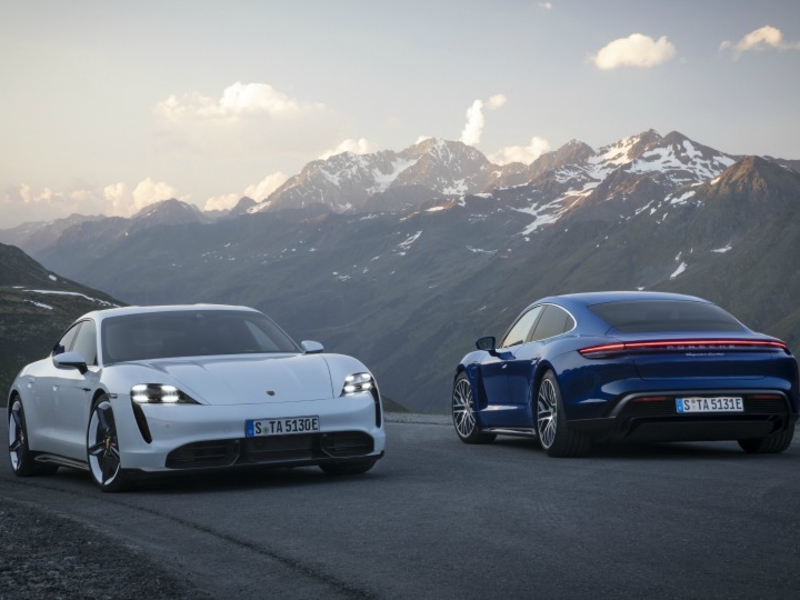 Since time is a valuable commodity for Porsche’s affluent customers, the Volkswagen Group subsidiary hopes it can convince discriminating electric vehicle drivers with the fastest recharging capability currently on the market.

The Taycan, the brand’s first EV and a rival to the Tesla Model S, has an 800-volt electrical architecture that is twice as powerful as that in a typical EV. A drained battery can be replenished to 80 percent in less than 23 minutes at a DC fast-charging station — a luxury that other automakers currently cannot offer.

“We believe charging performance is important for our customers. It’s not just a matter of pure absolute range,” said Matthias Kirchgaessner, who is sales and marking director for the Taycan product line.

Porsche knows that to supplant Tesla at the top of the premium EV sedan segment the Taycan also needs to be speedy when it’s not hooked to a charging station. With a record-setting Nuerburgring lap time of 7:42, the Taycan is quicker than all other electrically powered four-door models on the market.

To set the new mark the Taycan was helped by its three-chamber air suspension and rear-axle steering, which are both standard on the Turbo S variant.

The car slots below the Panamera in what Porsche calls its C Sports sedan segment, occupying a white space in the brand’s portfolio in a deliberate move meant to minimize any potential negative effect on the rest of the lineup.

Preliminary data suggests that this will not be a problem.

“Roughly half of interested customers haven’t bought a new Porsche in the past 10 years, but that doesn’t mean the rest will cannibalize other models,” Kirchgaessner said.
Because Porsche owners often have more than one car in their garages, there is also a chance of an incremental volume boost.

“We expect a number of them [current Porsche owners] will likely buy a Taycan in addition to another model, rather than instead of it,” he added.

Kirchgaessner said Taycan buyers will tend to be younger and more technologically savvy than the brand’s traditional customers, providing a certain rejuvenation effect on the perception of Porsche.

The company invested about 700 million euros in its crowded campus in Zuffenhausen , near Stuttgart, to add Taycan production. Part of the money was for a new, more flexible assembly line that replaces the traditional conveyor belt with automated guided vehicles.

All production at the Taycan factory is designed to be carbon neutral.

Power: Including the so-called “over-boost” function, the car offers up to 500 kilowatts of total output, equivalent to 670 hp.

Aerodynamics: The Taycan’s drag coefficient is 0.22, the lowest of any Porsche model.

Battery: The 93-kWh pack comes from German supplier Draexlmaier, while LG Chem of South Korea supplies the cells. The cells can be recharged at a maximum of 270 kilowatts at a DC fast-charging station.

Cockpit: Porsche’s first ever fully digital instrument cluster does away with the trademark analog rev counter and also includes an optional touchscreen display for the passenger.