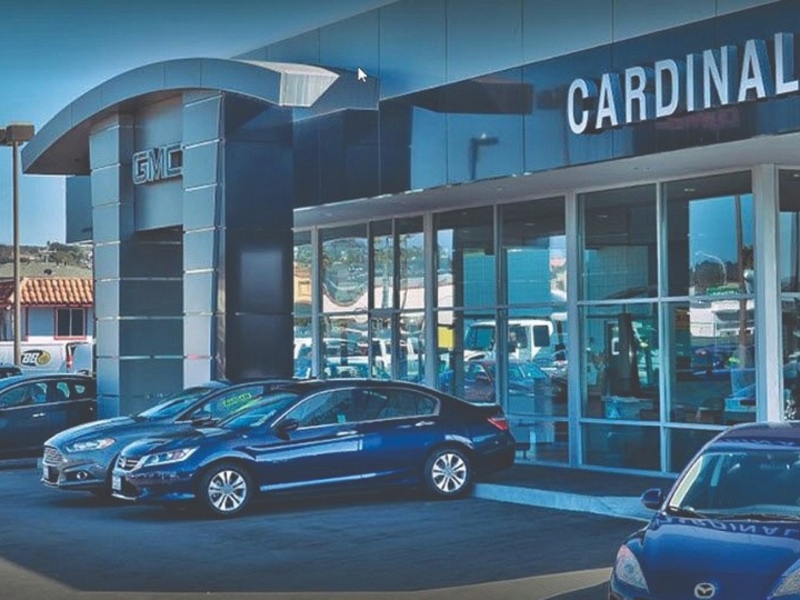 To focus on the need to turn used-vehicle inventory quickly, Erich Gail likes to think about those cars as if they were fresh fruit.

“When the oranges come off the truck on day one, they’re juicy and they’re ripe. They’re ready to go,” the CEO of Cardinale Automotive Group told Automotive News. “And every day, or week or whatever the case may be that they sit, they become more and more dry. They run out of juice. They don’t look good. They smell bad.”

Cardinale, a leading new-vehicle franchised dealership group, has long valued used-vehicle sales. But a pivot in the group’s technology strategy in 2010 allowed the retailer to maintain one of the highest used-to-new vehicle ratios in the country.

Armed with a proprietary online marketing platform and in-house processes, Cardinale, of Marina, Calif., pays assiduous attention to the precise time and price point to sell a used car.

To keep its offerings consistently ripe, Cardinale aims to keep days to turn to less than 45. If a vehicle sits for 60 days?

“It’s out. Cut it, auction it, sell it wholesale,” Gail said. “Time to free up the money and go put it into something that will perform better.”

Across 22 stores in California, Arizona and Nevada, Cardinale sold 26,068 used vehicles and 15,599 new in 2018, for a used-to-new ratio of 1.67, according to Automotive News’ top 100 list of U.S. dealership groups ranked by used-vehicle sales. Cardinale’s ratio ranks third highest in the country among franchised retailers, behind No. 1 Garber Management Group, of Saginaw, Mich., at 1.73 and Kunes Country Auto Group in Delavan, Wis., at 1.7.

To keep things moving, Cardinale keeps a strict clock on reconditioning: No more than 72 hours from when a used car arrives at one of Cardinale’s locations until it gets prepped, photographed and listed online.

Any exception to the timeframe needs to be written up by the parts and services director and then signed off by a general manager, Gail said.

Some of the group’s higher-volume locations have as many as 25 service technicians devoted solely to reconditioning, Gail said.

In 2010, the company started Cardinale Connect to discern how to price its vehicles as well as how to find and attract vehicle buyers online.

In 2014, it was rebranded as ZMOT. The name stands for the “zero moment of truth” — which Gail defines as the point in a car shopper’s journey where they know what vehicle they want and why they want it.

“That is the place where we market,” he said. “We watch what people are looking at.”

Through ZMOT’s analytics, Cardinale measures how many vehicles of a particular model or make are in the market and the estimated acquisition prices.

ZMOT monitors shopper behavior for Cardinale, gathering data on what prospective customers seek from search results and other pages.

When a customer lands on one of Cardinale’s vehicle-detail pages, “we can read your actions,” Gail said. “We place videos in English and Spanish. We know whether you watched the video, looked at the pictures, scrolled, checked what your vehicle value was that you currently own — those are all indicators that you’re moving near zero.”

ZMOT, which also works with dealers outside of the Cardinale group, provides services such as pay-per-click advertising, which matches in-market car shoppers’ search queries to dealership sites, and automated inventory listings, which instantly convert dealership offerings into online listings and swapping out sold vehicles for new ones. ZMOT works with no more than one dealer per market, he said.

“Every day, we need to be a constant student of inventory levels, days supply, acquisition costs and transaction costs,” Gail said. “We need to study those relationships and those ratios — because used cars is managing money.”