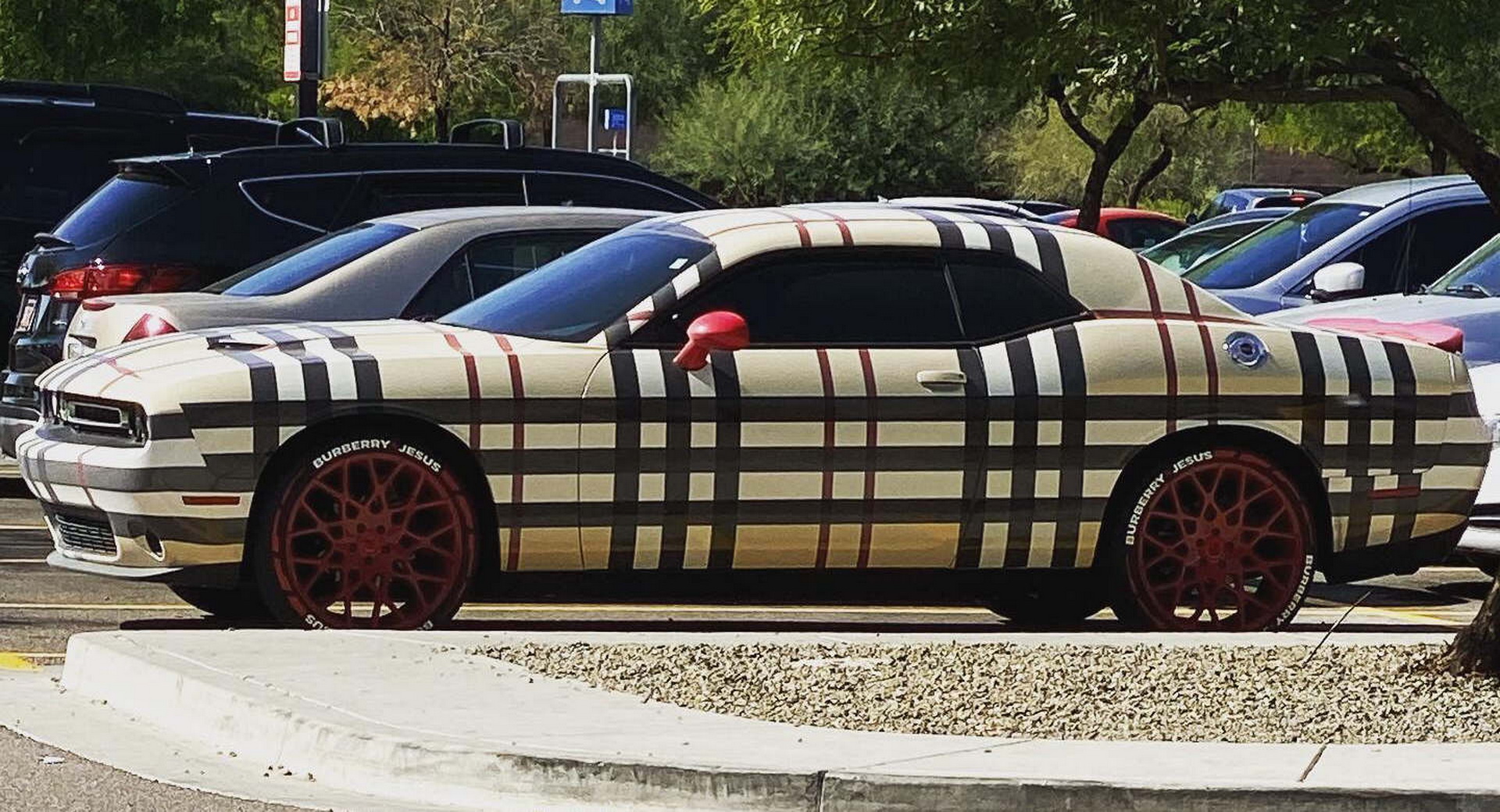 The Dodge Challenger screams “America” like few other cars currently on the market. It’s big, old-school, especially compared to European models, and can be had with a big, bad V8. So, if one were to put on a custom wrap, maybe something like the star-spangled banner or the Dixie would be appropriate, right?

In much the same way, Burberry’s plaid is as British as, say, James Bond, the Big Ben or the Buckingham Palace. Plus, when it’s very obvious, a bit cliche, if you don’t mind us saying so, and wildly copied – but that’s another story altogether.

The thing is, as we discovered on Reddit and its “Sh#tty Car Mods” section, someone decided that wrapping up (we assume that’s a wrap and not a paint) their Challenger in Burberry’s signature scheme would be a good idea. And we don’t mean just the roof or some other part, but the entire car, bumper to bumper.

As if this wasn’t enough, they put on a set of oversized burgundy alloys and had “Burberry Jesus” painted in white on the tire walls – you know, just in case someone wasn’t fashion-conscious enough to make the connection by just looking at the plaid scheme…

Our take on it? Yes, we’ve seen much, much worse things being done to cars, so this is far from the worst offender. But we still don’t get why one would choose Burberry’s colors a piece of American iron. Who knows, maybe they’re huge fans of the brand, and in any case, it’s their ride, so as long as it’s legal, they can do whatever they please with it. That Burberry Jesus thing, though, is a bit cheesy, wouldn’t you say?