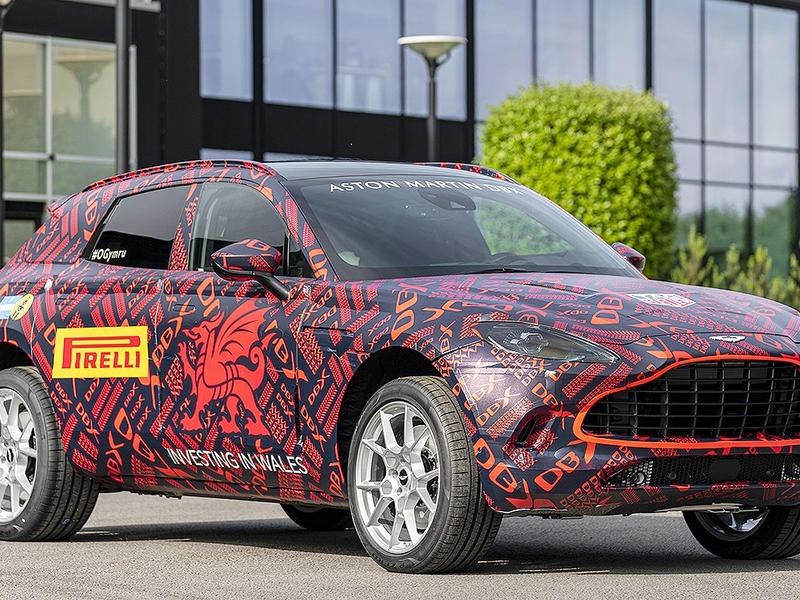 LONDON — Sales of Aston Martin’s new SUV could exceed expectations, becoming the “ultimate catalyst” for the luxury automaker’s beaten-down stock, according to analysts at HSBC Holdings.

“After months of underperformance and the future of the company at stake, we believe the launch of the DBX is potentially game-changing,” the bank said in a note as it became the fourth company among 13 surveyed by Bloomberg to recommend buying the stock, upgrading it from a neutral rating.

Initial customer and press reaction to the SUV — which Aston Martin says will be priced at $189,900 — suggests that the DBX orderbook could “surprise to the upside,” analysts including Giulio Pescatore wrote.

HSBC lifted its price target to 550 pence a share from 533 pence a share, suggesting 18 percent upside from Friday’s closing price. The stock rose 4.3 percent to 487.20 pence a share at 11:23 a.m. Monday and is now up 17 percent since a quarterly earnings report Thursday that beat Ebit consensus, partly due to the sale of six classic model remakes.

Even after the latest rally, the shares are more than 70 percent below their October 2018 initial public offering price of 1,900 pence. The company has been plagued by questions over its capital position, and the stock also dropped sharply after a cut to sales guidance in July.

Aston Martin needs to secure orders for 1,400 DBXs by June in order to access a further $100 million of financing, under terms of a recent debt sale. HSBC thinks that target could be hit within a few months of the Nov. 20 launch date, with the market for similarly-priced SUVs “still largely unexploited.”

“We are more concerned about the ability of the company to sustain demand beyond 2020,” the analysts said, adding that the launch of a hybrid variant of the car in 2022 could provide some further support.