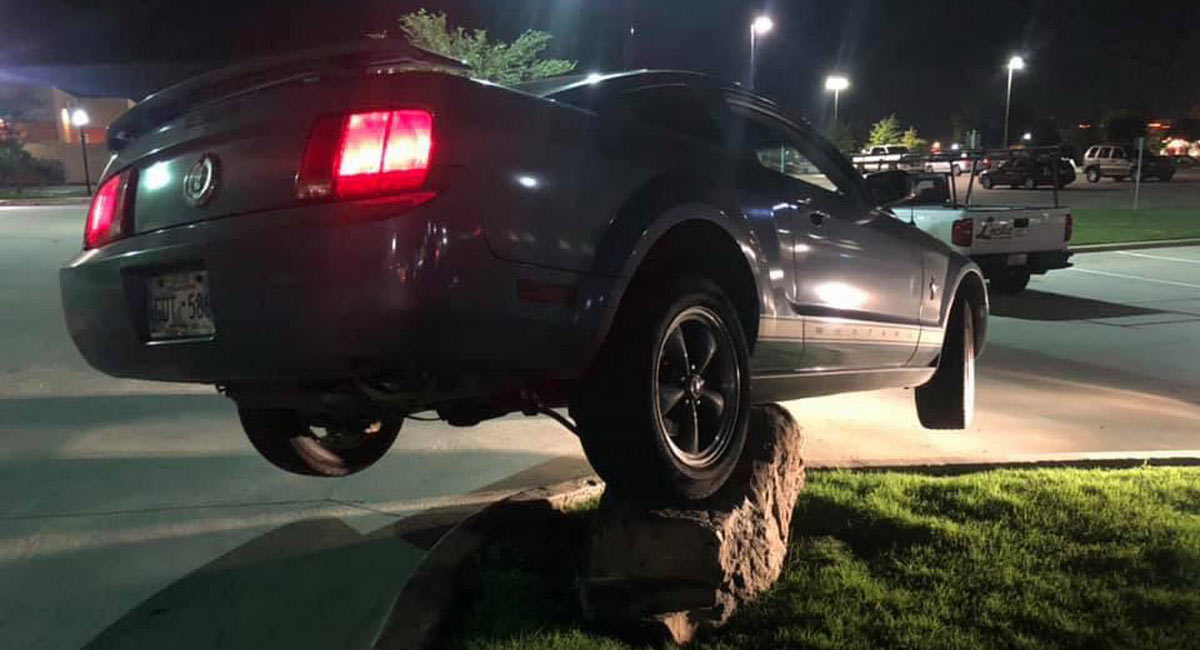 This rock is a bit like the island on LOST, where people just end up on/on top of it unexpectedly. It is located in a parking lot at N 156th St in Omaha, Nebraska, and over the past six weeks, at least six calls have been made regarding vehicles that have crashed into it.

To make matters even funnier, the rock is now one of Omaha’s hottest tourist attractions, with its own Facebook Group, Reddit community and even a 5-star Google Maps rating, reports CNN.

“I personally think it’s one of those things that everybody gets a chuckle out of,” said one Matt Roberts on Facebook, who was on his lunch break when he saw a black SUV resting on top of the large boulder. “There’s a lot of division and anger in the country and this is just a random thing that is amusing to most people regardless of any other politics,” he added.

Funny or not, you’re probably wondering what the heck is going on, right? It’s safe to say that there’s definitely nothing peculiar about this rock, and the people who keep crashing their cars into it are probably not linked in any metaphysical or what-have-you phenomenon.

“The Omaha-Councing Bluffs metropolitan area has a very eclectic art environment. A lot of places use boulders to decorate at their curb areas. People just seem to like them. Some of it could be traffic control,” said Steve Rains, manager at Arrow Towing.

On Reddit, people are saying that driver impatience is to blame for these accidents, which makes sense since turning your car too early would definitely lead to you mounting the boulder and then having to call a tow truck with an embarrassed look on your face.

Then again, those types of rocks also serve as deterrents to those who generally tend to run over cubs in their haste. However, in this case at least, the object is clearly having the opposite effect – hence its newfound popularity, even with pedestrians that now simply stop by and take pictures.