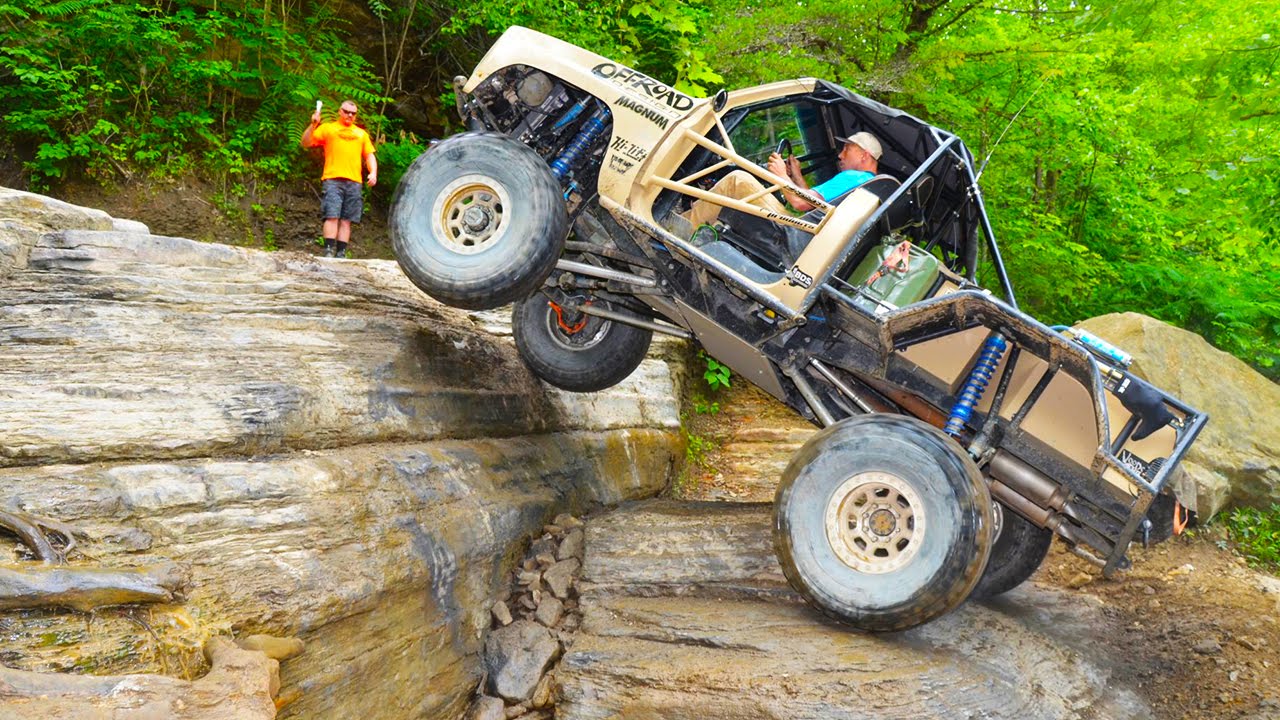 Videos
Share on Facebook
Share on Twitter
Share on Pinterest
Share on LinkedIn
While we joke that Ultimate Adventure 2015 is like summer camp for adults, the trip is not for the faint of heart. This is not the Mediocre Adventure or the Half Baked Adventure. This is a trip for a few hard core off-roaders from within the industry and a few select readers who expect tough trails and long days. The truth is participants know to expect anything from our whistle blowing leader, head camp counselor, Rick Péwé. While road days are all about getting to our next destination a side trip or two to a wheeling destination or ferry crossing are common occurrences. In the end, day two of UA 2015 will go down in history as one of the longest road days, not in overall mileage (although we did cover some ground) but rather a day that would last nearly 21 hours. After a 6:00 drivers meeting followed by a short drive to the muddy and tight trails at Clay Valley Dirt Park near Roseville, Ohio UA 2015’s to play summer campers drove a total of nearly 600 road miles and included a ferry crossing. The days trip meant driving late that night and into the early hours of day three before arriving at our next camp site in Harlan Kentucky. While this road day was long, the wheeling was awesome. We took plenty of photos from the road and trail including 4x4s making tight squeezes between trees, and maybe even a flop or two, followed by a trip on a ferry. For more action, videos, pictures check out 4WOR-UA.com

Catch the entire week of 2015 Ultimate Adventure on the Motor Trend Channel November 16th through November 20th with a new video premiering each day!

Event coverage and photos at: http://www.fourwheeler.com/ultimate-adventure/

Subscribe now to make sure you’re in on all the action!
http://www.youtube.com/subscription_center?add_user=motortrend

The UK car industry’s prospects go from bad to worse
2011 Frankfurt: 2013 Mazda CX-5
Tesla is set for a record breaking Q4 in Norway
Tesla Semi completes first 500-mile trip with a full load
How Lucid brought the Air Pure EV in for under $90k