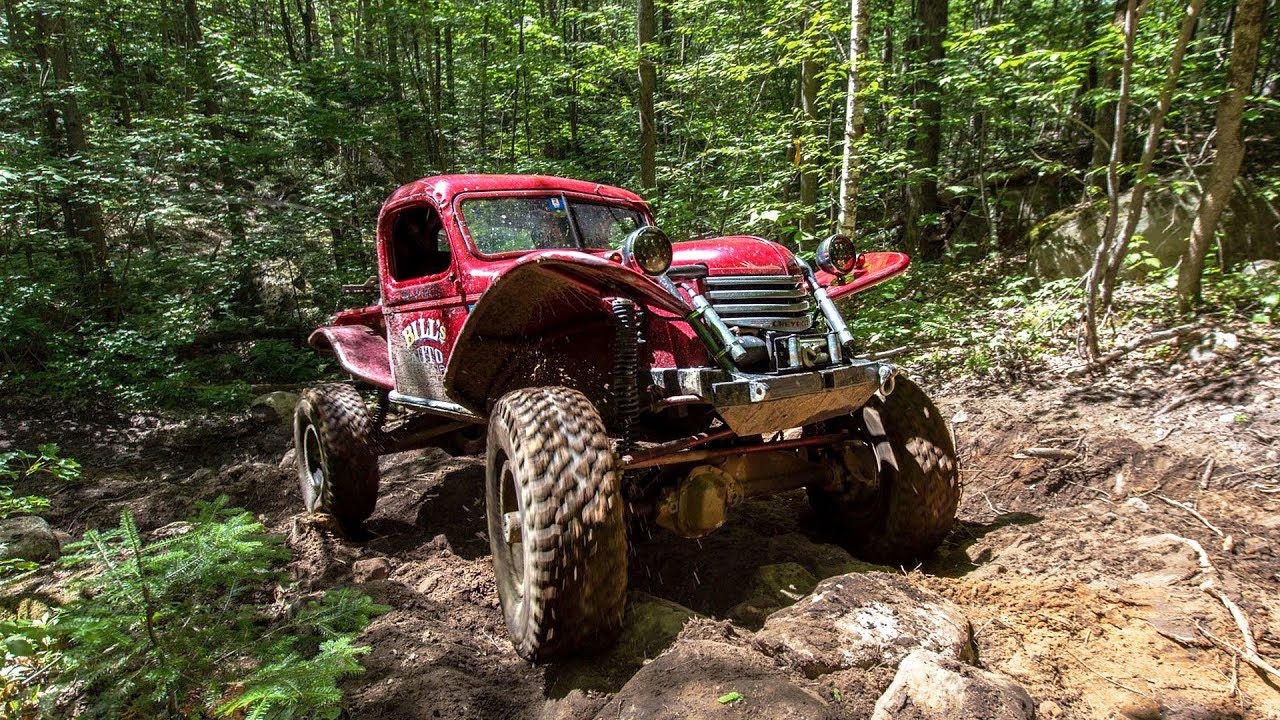 Videos
Share on Facebook
Share on Twitter
Share on Pinterest
Share on LinkedIn
Part 3 of Ultimate Adventure 2018. On Day Four of the Ultimate Adventure we packed up camp and headed for the next trail through quaint New England town, crossing rivers via covered wooden bridges and dirt roads passing ancient Revolution War era cemeteries before arriving in Brattleboro, Vermont, to ‘wheel the Crazy 8s trail with the Easter 4 Wheelers club. The conditions were slick, requiring lots and lots of throttle-down, smoky-tire-speed, and momentum to make it through. We had fullsizes and 4x4s bouncing off the rev limiters and the bumpstops all afternoon long and then it was time to air back up and keep heading on to the next adventure. Day Five began in Pittsfield, Massachusetts, in a crazy downpour. After a soaking wet driver’s meeting we pulled out of town en route to the Sawmill trail, which lies on 240 acres of private land in Connecticut used by the Eastern 4 Wheelers club. We promptly proceeded to break parts and sling slop. With a jungle canopy above and gooey mud-covered rocks and roots below, we ended the day on the trail, arriving at camp in Ellensville, New York just before evening set. Check out all the awesome action in this episode!

Catch the entire week of 2018 Ultimate Adventure on the Motor Trend Channel October 1st through October 5th with a new video premiering each day!

Event coverage and photos at: fourwheeler.com/ultimate-adventure/

Subscribe now to make sure you’re in on all the action!
https://www.youtube.com/subscription_…